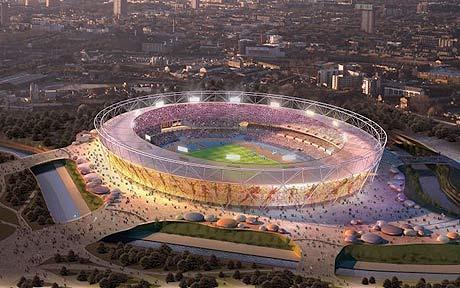 Bindmans, the law firm, has written to Transport for London and the Olympic Delivery Authority on behalf of 40 small firms, which range from manufacturers to cafés and haulage firms, outlining a proposed class action against the organisers of the Olympic and Paralympic Games.

The companies allege that a catalogue of errors and oversights meant that TfL and the ODA have “failed to discharge their duties”, rendering plans to restrict access to commercial premises “unlawful” reports The Telegraph.

Organisers have not properly considered the circumstances of the affected businesses and made a “fundamental error of fact … as to what constitutes reasonable access to the area where the businesses are located”, the letter seen by The Daily Telegraph alleges.

TfL and the ODA also failed to properly consult on their plans or consider suitable exemptions, relocation or compensation packages for affected firms, Bindmans said.

“For these reasons, the plans and the orders in their current form are unlawful,” the law firm added.

The group is being led by Graham Phelps, boss of Hackney-based haulage firm Phelps Transport. Traders directly outside the compulsory purchase zone – inside which 193 affected companies were given compensation and new homes – fear the disruption caused by the closures could cripple deliveries and deter customers.

“Any business that is reliant on road access for deliveries, or customers, will be affected by delays in a devastating way especially as the [restrictions and closures] will be in place for over two months.

Many of the affected businesses expect to collapse irrecoverably,” Bindmans said, adding that organisers had given “vague assurances about access without any apparent basis”.

When Mr Phelps raised his concerns with Ian Body, an Olympic official, he was told that there would be “winners and losers of the Olympics”, the letter alleges.

The law firm added that “there is no reason” why all the of the companies’ claims “cannot be dealt with together by the same court.” However, Bindmans said the group favours formal mediation through ‘Alternative Dispute Resolution’ to court action if TfL and the ODA refuse to reconsider the plans.

A spokesman for the Olympic organisers Locog said: “We are working closely with local authorities and TfL on our plans and liaising with local businesses to talk to them about their … requirements.”