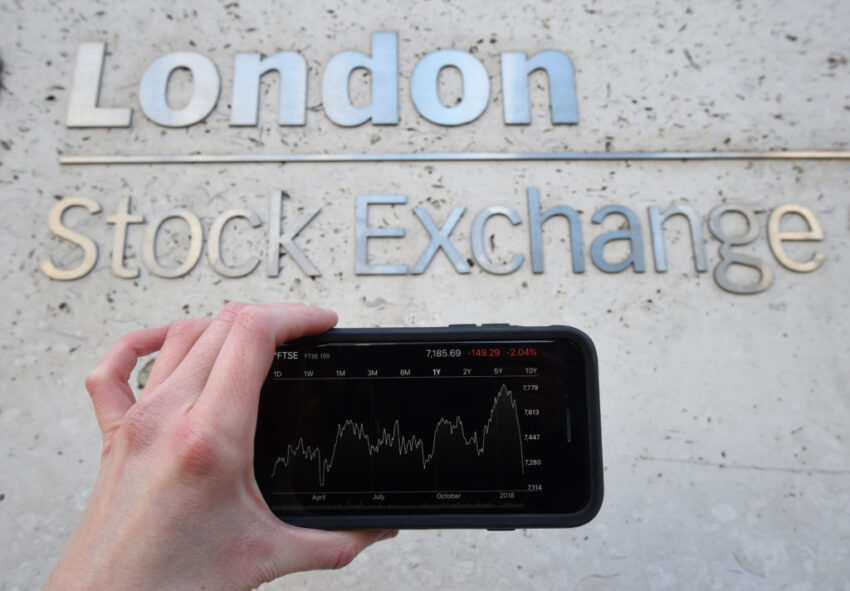 The FTSE 100 ended in the red on Friday as housebuilders and mining stocks weighed on the index.

London’s blue chip market suffered a fall of 58.71 points, or 0.83%, to close at 6,980.24, with Antofagasta, Fresnillo and Anglo American all ending in negative territory.

Fiona Cincotta, senior market analyst at City Index, said: “The heavy weighted miners were taking a beating after manufacturing data from China overnight highlighted the growing impact of the US trade war.

“Chinese manufacturing activity dropped to the lowest level in 2 years with a PMI of just 50, whereby 50 separate contraction from expansion.

“High tariffs that have been applied to both US and Chinese goods are starting to be reflected in economic data, as the G20 summit begins.”

It showed house price growth picked up in November from a previous five-year low, but the market remains “subdued”, the building society concluded.

Property values increased by 0.3% month on month, compared with 0% growth in October.

The annual rate of house price growth also strengthened, to 1.9% in November, from 1.6% in October, which had been the weakest annual increase seen in more than five years.

FTSE 250 listed Kier Group also took a hammering after the firm announced that it will tap investors for £264 million as storm clouds gather over the construction sector.

The firm said that the proceeds of the rights issue will go towards reducing debt and it is also aimed at strengthening the balance sheet.

Explaining its rationale for the move, Kier said it believes that risks associated with its net debt position have recently increased.

The pound also came under pressure, with Brexit once again guiding the hand of currency traders.

David Madden, analyst at CMC Markets, said: “GBP/USD is lower on account of the firmer US and uncertainty surround Brexit.

“There is little support for Theresa May’s deal, some MP’s are fearful of a ‘no-deal’ Brexit and now, Donald Tusk, the President of the European Council said its ‘no deal or no Brexit’. The pressure is mounting on Mrs May, and the pound.”

A barrel of Brent Crude was trading 1% lower at 59 US dollars.