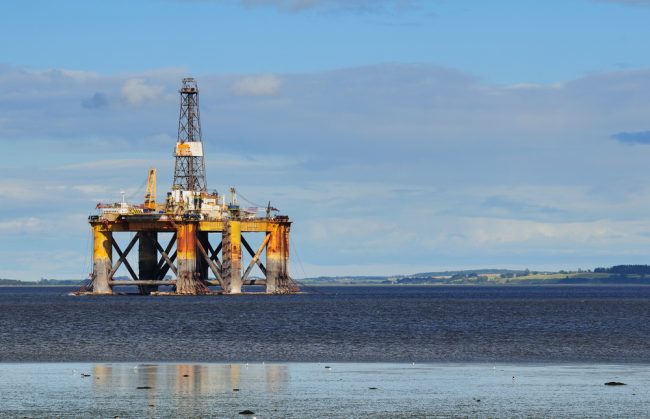 Scotland’s revenues from North Sea oil have collapsed by 97 per cent in the past year as oil prices have plummeted, reigniting a fierce debate over whether an independent Scotland could finance itself.

Scottish Liberal Democrat leader Willie Rennie said: “The nationalists’ case for independence has been swallowed up by a £14bn black hole.”

In 2008-9, as oil peaked at almost $150 per barrel, the Scottish government brought in a record £11.6bn from North Sea fields. North Sea Brent crude, which is expensive to extract, now languishes at less than $50 amid a glut of middle eastern supply and a slowdown in global demand.

The figures re-ignited the debate over Scottish independence, with fierce disagreement over the viability of using Scotland’s oil revenues to finance public spending.

Nicola Sturgeon, Scotland’s First Minister denied that the deficit represented a serious problem. “The foundations of our economy remain strong”, she said.

“The lower oil price has, of course, reduced offshore revenues, with a corresponding impact on our fiscal position – this underlines the fact that Scotland’s challenge is to continue to grow our onshore economy.

“However, Scotland’s long-term economic success is now being directly threatened by the likely impact of Brexit.

“Today’s figures come a day after analysis from the Scottish Government showed that taking Scotland out of the European Union and our place in the world’s biggest single market would make the task of growing and diversifying the Scottish economy even harder.”

Scottish Labour leader Kezia Dugdale said: “Today’s figures should act as a reality check for those calling for another independence referendum.

Patrick Harvie, Scottish Greens finance spokesman, said: “These figures will inevitably set off another round of empty rhetoric, just as they do every year, between those who think the SNP can do no wrong and those who think Scotland can never aspire to govern itself.

“In truth, the figures show what has been clear for years – that a strong future for Scotland’s economy will depend on ending our reliance on oil and gas, and investing in the industries of the 21st century instead.”

Scotland’s Finance Secretary Derek Mackay said: “It is important to note that [the figures represent] Scotland’s fiscal position under the current constitutional arrangements.

“The position if Scotland was to become independent would depend on a range of factors which are not reflected in this publication.”

“This union dividend amounted to £1,600 for every man, woman and child last year, according to these figures.

“In recent days we have seen the First Minister fear-mongering over the UK’s decision to leave the EU in the hope she can hide the flaws in her own separation plan.

“It is time she acted like a proper First Minister, ended her unwanted plan to take us back to another toxic referendum, and allowed Scotland to move on.”