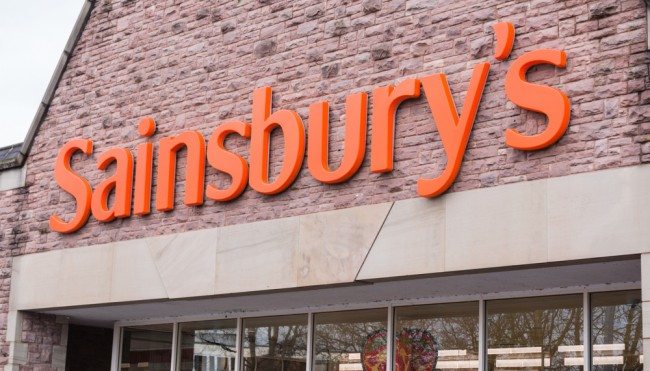 The case, which will be the subject of a preliminary hearing at a Birmingham employment tribunal on Friday, comes as a similar legal action involving 6,000 female Asda employees remains to be settled.

The law firm Leigh Day, which is leading both cases, said it believed the Sainsbury’s action could be joined by thousands more female shop floor staff, according to The Guardian.

The women from Sainsbury’s, three working in the Shrewsbury area and one in Fareham, Hampshire, were among nearly 20,000 people who contacted Leigh Day after reading about the Asda case.

Both cases hinge on determining whether supermarket shopfloor jobs, which are mainly held by female workers, are of equal value to higher-paid jobs in male-dominated distribution centres.

If the Sainsbury’s workers win, they could be entitled to six years’ back pay for the difference in earnings. New rules which came in late last year also give tribunals the power to require employers that lose an equal pay claim to complete an equal pay audit of their workforce.

Michael Newman, a discrimination and employment law expert at Leigh Day, said Sainsbury’s had faced a similar case, brought by a woman working in its Lewisham store in south London, which was settled in 1989. It found that the roles of warehouse men and shopfloor workers were consistent at the supermarket – meaning pay should be equal.

Retailers say higher pay for those stacking goods in warehouses is justified by the uncomfortable conditions, additional skills and unsocial working hours involved.

But the 1989 ruling found that even if “one or two minor terms of employment are not common to the two relevant classes of employees” that should not “disable a woman from saying that a given man in a different establishment was ‘in the same employment with her”.

Newman said: “This is an important case, given the amount of time equal pay legislation has been in force and the gender pay gap still exists. Sainsbury’s had a judgment against them in the 1980s and they appear not to have learned from that.

“We know supermarkets all compete on the price of a loaf of bread. It’s shocking that they are competing in terms of bad practice in terms of paying female staff.”

However, Newman admitted that Sainsbury’s workers had much less animosity towards their employer than among those involved in the Asda case.

Sainsbury’s said: “We are aware of a very small number of claims in this case. We pride ourselves on being a fair employer and do not recognise discrimination of any kind in our business.”

Unequal pay has also been a big battleground in the public sector, with female cleaners and dinner ladies taking legal action over claims they were paid less than men who worked as refuse collectors or street cleaners.

Birmingham city council has agreed to pay more than £1bn to settle the claims of tens of thousands of women going back over many years.

The precedent for equal pay claims for comparable jobs was set in 1997 when 1,500 Cleveland dinner ladies won a £5m payout. A national single status agreement was drawn up the same year giving local authorities 10 years to introduce fair and non-discriminatory grading structures.

The Birmingham casesparked fears of a wave of claims against local authorities and businesses.

The Asda case – which in reference to the Ford machinists strike of the 1960s has been dubbed “Made in Dagenham for the 21st Century” – was the first to be brought against a private employer.

But the legal action, which was launched last year, continues to be embroiled in preliminary hearings.

The Walmart-owned supermarket’s legal team has brought in Lord Falconer, the former Lord Chancellor under Tony Blair, in what is expected to be one of the most expensive equal pay cases ever fought in the UK. The tribunal is considering whether the case should be sent to the high court.

Asda has said it would defend its reputation as an equal opportunities employer.