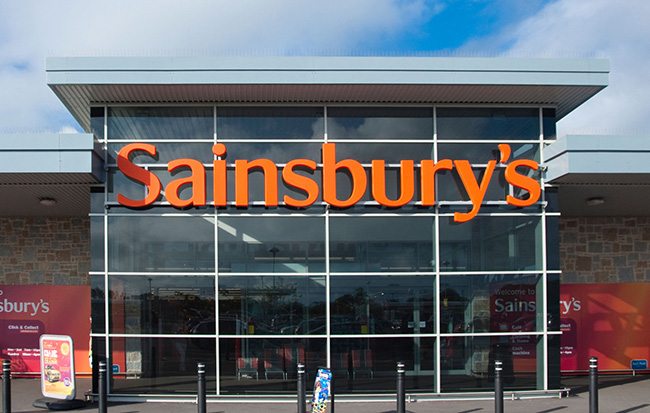 Sainsbury, which vies with rival Asda to be Britain’s second biggest supermarket chain by market share, said that underlying pre-tax profit fell 15 per cent to £681m.

However, it took £753m of charges, primarily a £628m writedown on the value of its property portfolio that was first announced with its interim results last November.

This pushed the company to a statutory pre-tax loss of £72m in the year to March 14, compared with a pre-tax profit of £898m in the year earlier.

Mike Coupe, chief executive, is battling to steer Sainsbury in the right direction in the face of a recovering Tesco and continued competition from the no-frills discounters Aldi and Lidl.

The FT are reporting that Coupe has pledged to spend £150m on price cuts this year, and save £500m over the next three years.

However, in March, Coupe said Sainsbury was seeing some “green shoots” of recovery in its performance, as underlying sales fell by less than expected in its final quarter.

He said on Wednesday: “The UK marketplace is changing faster than at any time in the past 30 years which has impacted our profits, like-for-like sales and market share. However, we are making good progress with our strategy, and our investment in price.”

Sainsbury also took charges of £53m related to the acquisition of Lloyds Bank’s 50 per cent share of their banking joint venture two years ago; £17m to compensate employees in relation to the closure of the defined benefit pension scheme; and £15m for restructuring.

Group sales were flat at £23.8bn, while sales from stores open at least a year, excluding VAT, fell 1.9 per cent.

As well as grappling with the changing market place, Mr Coupe is also fighting what Sainsbury has called a “groundless” two-year prison sentence handed down by an Egyptian court in relation to a historic dispute with a former joint venture partner.