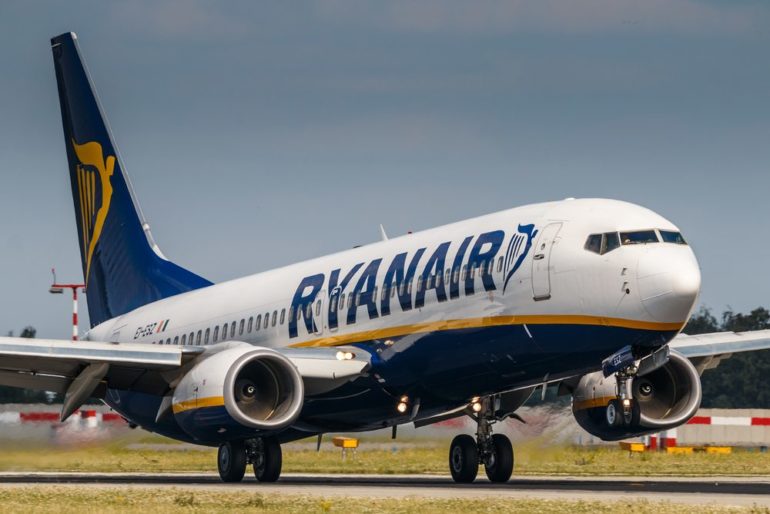 Ryanair has posted an 11 per cent rise in half-year profits despite a rota blunder which saw thousands of flights scrapped.

The Dublin-based carrier’s headline measure of profit after tax rose 11 per cent to €1.29bn (£1.14bn) for the six months to the end of September and it said it remained on course to meet its full-year target, Sky reports.

Passenger traffic rose 11 per cent to 72.1 million but Ryanair said growth would slow to 4 per cent in the second half of the financial year following the grounding of 25 aircraft.

This would mean traffic of 129 million for the full year, two million fewer than had been expected.

Ryanair said the “rostering failure” had prompted it to hike pilot pay, which it now says is 20 per cent higher than that offered by rival Norwegian. However, Ryanair remains locked in a stand-off with crews at its London Stansted base over the issue.

It said the pay changes would add €45m to its crew costs and €100m in a full year, and that it was confident it could attract the number of pilots needed to fulfil its growth plans.

Ryanair’s cancellations have affected 700,000 passengers covering a period from September through to March next year and are set to cost the airline €25m as puts them on alternative flights or refunds them.

But the carrier said it saw “no reason to alter” guidance that it expects to record full-year profit in a range of €1.4bn to €1.45bn.

Ryanair has seen a sharp fall in its share price since the cancellations crisis and has apologised to customer affected.

The stock opened nearly 4 per cent higher on the half-year figures.

Chief executive Michael O’Leary said: “These results reinforce the robust nature of Ryanair’s low fare, pan-European growth model even during a period which suffered a material failure in our pilot rostering function in early September.”

Ryanair said it had cut fares by 5 per cent in the six-month period and that fares in the second half would fall by 4-6 per cent rather than the 5-7 per cent previously guided.

The airline also underlined its concern about post-Brexit flight disruption if there is no industry agreement before September next year, and that it was worried that the UK Government “continued to underestimate the likelihood to flight disruption to/from the UK”.

That came a day after the bosses of British Airways owner International Airlines Group and Heathrow played down such risks in a hearing before MPs.

Meanwhile, Ryanair said it was responding to the opportunities created by the collapse of rivals such as Monarch, Air Berlin and Alitalia in the over-crowded European airline market and believed other “financially troubled” EU airlines would follow them.