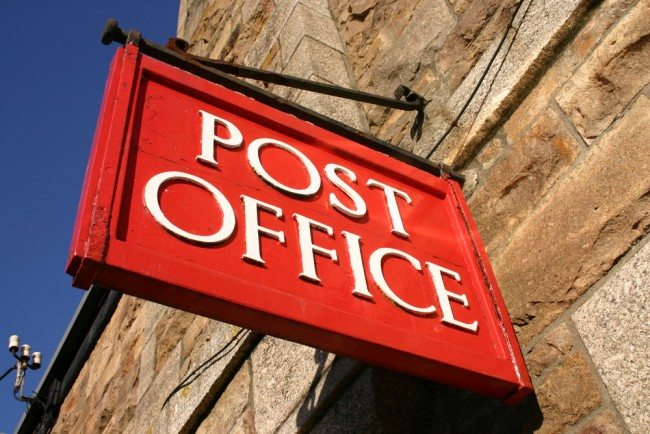 Shares in Royal Mail, which boasts 700,000 private investors after its part-privatisation in 2013, dived yesterday when Ofcom announced that a review was needed. They fell as low as 491p, well below the 500p at which the government sold them to institutions last week, but rallied to close at 506½p.

The regulator said that the review was necessary after the decision last month by Whistl, formerly TNT Post, to end door-to-door deliveries. That represented a “significant change” in the competitive landscape, because Whistl was the only big competitor to Royal Mail in “last mile” delivery.

The Times report that the regulator could impose restrictions, including caps on wholesale prices and stamp prices or the imposition of tougher targets for deliveries.

Wholesale prices represent the charges Royal Mail imposes on other delivery companies for it to handle the “last mile”.

Royal Mail is free to charge what it likes for first-class stamps, while being allowed to raise second-class stamp prices in line with inflation. While there are no caps on wholesale charges, Royal Mail is allowed to charge only what is “fair and reasonable”. It also faces a “margin squeeze test” to ensure that rivals in wholesale delivery can still make a profit.

The past freedoms given to Royal Mail were in exchange for its commitment to honour the universal service obligation, the promise to deliver six days a week to every address in the UK.

It would incorporate existing work, begun in December, into Royal Mail’s efficiency, including its ability to set wholesale prices in a way that might harm competition.

Whistl, which is backed by PostNL, the Dutch post office, pulled out of door-to-door deliveries after a potential joint-venture partner — LDC, the private equity division of Lloyds Banking Group — withdrew its planned investment.

The government was not aware of yesterday’s planned announcement by Ofcom when it pushed ahead with the sale of Royal Mail shares last week, the Department for Business, Innovation and Skills said. “It is an independent regulator. The details and timings of the review are a matter for them,” a spokesman said.

Sajid Javid, the business secretary, said last Wednesday that he was taking advantage of favourable market conditions and that the 500p price was “good value for taxpayers”.

The coalition government was accused of botching the privatisation of the first tranche of Royal Mail in 2013. Investors paid 330p for the shares, which immediately rocketed.

The sale of shares last week reduced the government holding in Royal Mail from 30 per cent to 15 per cent. It plans to sell the remainder during the current parliament, although is precluded from doing so in the next 90 days.

Analysts said that the review would cast a shadow over Royal Mail but was not a serious threat. Investec said that competition in parcels deliveries had intensified since the existing regulatory framework was set in 2012, but it did not expect any substantive changes when the review concludes in 2016.