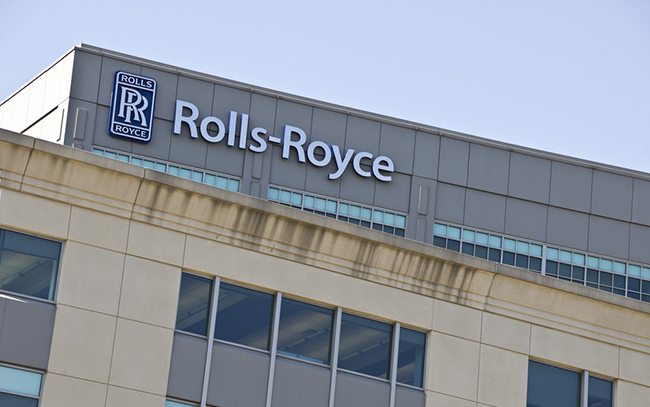 Brexit would “limit any company’s ability to plan and budget for the future,” the firm said.

Meanwhile, the CBI has said a vote to Leave would “put British businesses out in the cold”.

But Leave campaigners said the CBI does not represent British business and is “the voice of Brussels”.

He told the Today programme’s Dominic O’Connell that a planned £65m new engine testbed facility was a “good example” of an investment that could be put at risk.

“It’s all about uncertainty and our position in Europe.

“We have a very interconnected operation around Europe… We’re making investment decisions all the time about where to place various parts of our operation… and uncertainty created by Brexit puts a lot of those decisions on hold, and that pause is something that our US competitors don’t have to cope with,” Mr East said.

But Vote Leave said that some of the UK’s leading firms “have been clear that if we Vote Leave, trade across Europe will carry on as before.”

“Of course pro-EU voices want to talk down the economy but the same hollow threats were proved nonsense over the referendum and the euro,” a Vote Leave spokesman said.

“Taking back control of trade deals wouldn’t disadvantage us with US firms, quite the opposite – as we could do a trade deal with the US that the EU is failing to do.”

The company’s intervention in the Brexit debate is significant. As well as enjoying a famous name, it remains Britain’s premier engineering company, and accounts for £1 in every £50 of British exports.

It employs 37,000 people – three-quarters of its total workforce – in the European Union. It claims to support about 200,000 jobs across the trading bloc.

Mr East said its big American rivals – GE and Pratt & Whitney – would not suffer from the “pause” in investment caused by the uncertainty around Brexit.

“It is like we are running a multi-lap race and with each lap we are giving the competitors a ten-yard head start,” he said.

He has previously said Britain would be better off staying in the EU.

Rolls-Royce is the middle of a big expansion drive, with the intention of doubling the number of aero engines it makes from the current 400 a year.

As well as big operations in Derby, it has a significant presence in Germany, America and Singapore.

A number of firms have come down on the side of Remain.

This week BT bosses and union leaders backed Remain said they wanted the UK to stay in a reformed EU.

In February a group of firms including Marks & Spencer and Vodafone said an EU exit would deter investment in the UK.

‘Out in the cold’

Meanwhile, the CBI said on Wednesday that business groups from Switzerland, Norway, Albania and Canada had said maintaining full access to the EU single market is in the best interests of the UK.

Carolyn Fairbairn, CBI director general, said: “Access to the single market allows ambitious firms to buy and sell easily in 27 other countries and smaller firms to be part of supply chains that span the continent, creating jobs here at home and making the UK more prosperous.

“The Leave campaign admit that their preferred choice means withdrawing British firms’ access to the EU single market of 500 million people. This will put British businesses out in the cold and hit jobs.”