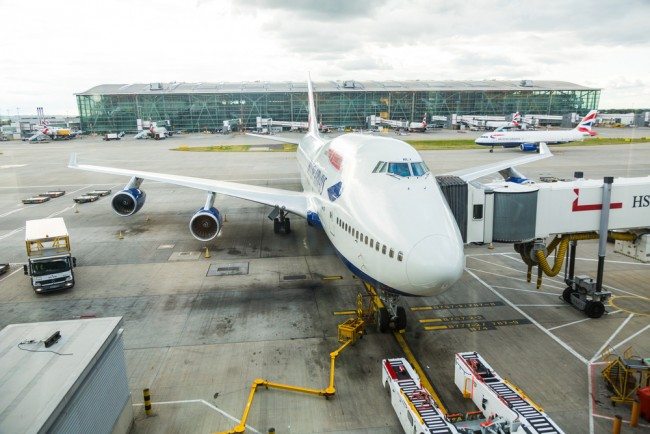 The BBC reports that the plans will also help connect Britain to over 40 new destinations around the world.

Sir Howard Davies’s report said that the new runway should come with severe restrictions to reduce the environmental and noise effects.

Night flights should be banned and the government should make a Parliamentary pledge not to build a fourth runway.

It also recommends an aviation noise levy to fund insulation for homes and schools, and a legal commitment should be made on air quality.

Sir Howard said that a second runway at Gatwick was a “credible” option but was less able to provide connections to long-haul destinations and would create lower levels of economic growth.

Heathrow welcomed the Commission’s decision saying it would now work with government to “deliver expansion for all of Britain”.

But Gatwick chief executive Stewart Wingate said the airport was “still very much in the race”.

“The Commission’s report makes clear that expansion at Gatwick is deliverable,” he added.

A third option for extending the present runways at Heathrow was rejected.

Sir Howard said that the recommendation for a new runway to the north of the present airport was “clear and unanimous”.

“The best answer is to expand Heathrow’s capacity through a new north-west runway,” Sir Howard said.

“Heathrow is best placed to provide the type of capacity which is most urgently required: long haul destinations to new markets.

“It provides the greatest benefits for business passengers and the broader economy.

“Adding capacity at Heathrow also provides an opportunity to change the airport’s relationship with its local communities.

“To make expansion possible the Commission recommends a comprehensive package of measures including a ban on night flights and a new noise levy to fund a far stronger and more generous set of compensation and mitigation schemes.”

The Commission admits that expanding Heathrow would mean many more people affected by noise compared to expanding Gatwick.

But it claims that quieter aircraft and home insulation would mean that overall noise levels would fall for people living near the airport by 2030.

Nearly 800 homes would have to be demolished to build the new runway which would cost £17.6bn to deliver.

Road and rail links around the airport would also have to be substantially changed, which could cost up to £5bn.

A second runway at Gatwick would cost just over £7bn.

The Commission believes that both schemes would be funded by private finance.

Environmental groups, resident organisations and a number of prominent politicians including the London Mayor, Boris Johnson, have said they will campaign vigorously against any expansion of Heathrow.

In 2009, David Cameron pledged that there would be no new runway at Heathrow.

The government has said that it will give its official response to the Commission in the autumn and it is estimated that, if given the go-ahead, any new runway would take more than a decade to build.