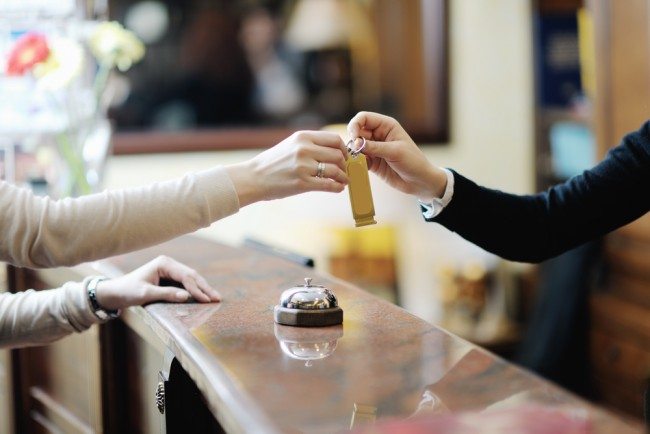 The BBC reports that firms in some parts of Scotland are paying more than a fifth of their surplus earnings on rates bills.

The average business rates bill, as a share of profit and other surplus, is nearly four times that of the wider private business sector.

Analysis by the Scottish Parliament Information Centre shows wide variation around the country in all sectors.

The figures help make the case for reform of the non-domestic (or business) rates system, which is this year expected to raise £2.8bn in Scotland.

It is currently being reviewed in England, and has faced criticism from the Scottish business sector for having little link to the ability to pay.

Non-domestic rates are levied by the Scottish government at a fixed level across Scotland, multiplied by the valuation, which is assessed independently and based on the rental value of offices, shops and factories.

The pattern emerging from the Scottish Parliament Information Centre (SPICe) analysis is that the most prosperous parts of the country tend to face a lower tax burden.

Put another way, the basis for charging non-domestic rates in Scotland does not appear to reflect the economic difficulties in post-industrial Scotland.

The areas where businesses face the lowest tax burden, when compared with the added value, include Moray, where the whisky industry generates large profits.

Also at the more affordable end of the scale are the north-east councils, helped by the profitability of the oil and gas industry, and Falkirk area, with its petro-chemical plants.

The data looked at the overall picture and two sectors – manufacturing and hospitality. It showed that the accommodation and food sector carries the biggest weight.

The analysis of the tourism sector found that West Lothian, Dumfries and Galloway, Edinburgh and Renfrewshire were the council areas with the highest burden relative to their surplus, at more than 22 per cent.

That surplus figure is calculated by subtracting labour costs from Gross Value Added. It includes business profits, but can be more widely defined than just those. The figures were based on the Annual Business Survey, averaged between 2010 and 2012. SPICe statisticians warn those figures are not as reliable as some others used in its work, and should be classified as “experimental”.

Although business rates are paid by government and non-profit organisations, these were not included in the SPICe analysis.

The average tourist business rates bill for Scottish council areas was nearly 15 per cent. For private businesses as a whole, excluding the finance sector, business rates cost 4 per cent of their surplus, according to the Holyrood figures.

Among other areas where the tourism sector had to pay most were Fife, South Ayrshire, Western Isles, Glasgow, Inverclyde, Falkirk, Midlothian, Angus, East Lothian, Dundee and Clackmannanshire.

With higher profits and surpluses in recent years, Aberdeen and Aberdeenshire were among those with the lowest relative burden.

The Scottish government said it had “the most competitive business tax environment anywhere in the UK, including a package of business rate reliefs worth an estimated £618m this year.

“The Small Business Bonus Scheme alone is estimated to reduce or remove rates bills for over two in every five rateable properties. Many of those benefiting from this scheme are small tourist businesses.

“The business rates framework in Scotland remains under active review, building on the 20-point action plan we put together following our consultation in 2012/13. Our own review was very thorough and we continue to make improvements, reflecting feedback from businesses and maintaining a competitive edge for taxpayers in Scotland.”