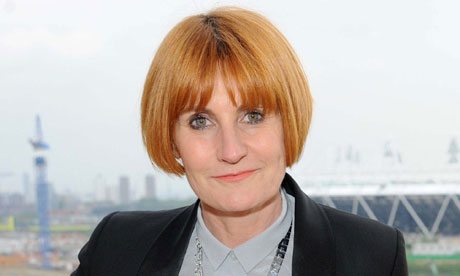 They were awarded a share of a £1.2m fund, government support and access to the retail guru Mary Portas, reports The BBC.

The High Street Innovation Fund, launched a year ago, was part of the government’s response to Ms Portas’ review of the High Street.

Results have been mixed. Vacancy rates have gone down in seven towns, but more shops overall have closed than opened.

The Department for Communities and Local Government says the pilots are breathing new life into the towns.

Launched a year ago, the “Portas Pilots” were created to showcase innovative ways of getting people back into their local shops.

But exclusive research commissioned for BBC Radio 4’s You and Yours shows that in 10 of the 12 towns, more units closed than opened in the past year, with a loss of 95 units in all.

Only two towns showed signs of improvement, with Bedminster and Margate adding units in the past year.

In total, about 700 units closed, while fewer than 600 opened in their place.

In Stockton-on-Tees, one of the pilot areas, local traders said the funding was not being spent quickly enough and their businesses could be gone by the time it is.

Cath Pillar, of Balloonatics, a party supplies shop, said she was now using her own savings to keep it afloat, adding: ” It’s like nursing a baby. We don’t want to lose it.”

The research was carried out by the Local Data Company.

Director Matthew Hopkinson said: “If more shops close than open, then that’s when you start to see the decay of the High Street and also a rise in vacancy rates.”

The figures suggest rapidly changing environments on the High Streets, presenting problems for shoppers confused by constant change, which makes them reluctant to return.

Cathy Parker, of Manchester Metropolitan University, says this churn can be healthy when innovators come in, but only when units are replaced and towns are not experiencing the kind of net loss outlined in the figures.

The vacancy rates in the 12 pilot towns show improvements in some areas and decline in others.

In Newbiggin-by-the-Sea, Liskeard, Bedminster, Margate, Dartford, Bedford and Wolverhampton, the number of vacant shops has fallen, suggesting new businesses have arrived and populated previously empty ones. This may be due to prolonged use or temporary usage, such as a pop-up store.

The research also revealed that Market Rasen, Nelson, Stockport, Croydon and Stockton-on-Tees all had more vacant shops, which can be seen as boarded-up or empty units.

The Minister for Local Growth, Mark Prisk, said the intention of the scheme was to harness the energy of local people.

Mary Portas told You and Yours: “There is no simple solution to the crisis on our High Streets. There are no quick fixes but 400 towns up and down the country are working on different plans to try and reinvigorate their High Street.

“Let’s celebrate their achievements so far and learn and share ideas. Real change will take time.”