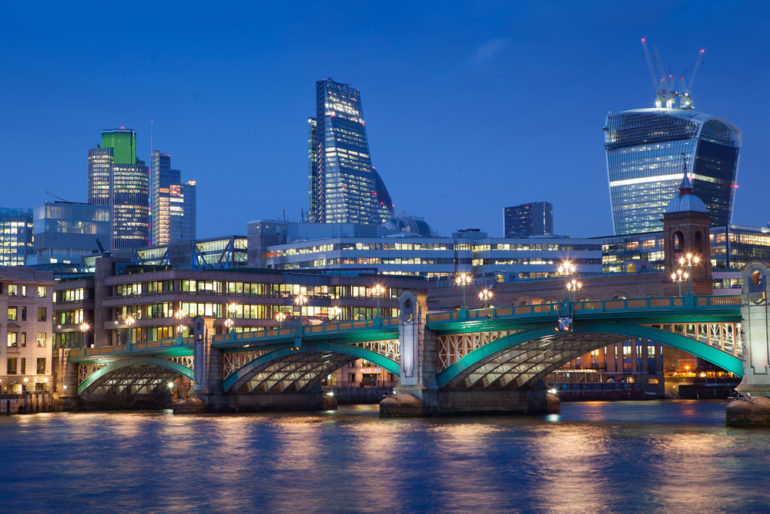 Theresa May has summoned a group of City chiefs for talks about the prospects for a post-Brexit trade deal that would safeguard the interests of Britain’s financial services industry.

The Prime Minister will host a meeting at 10 Downing Street on Thursday with senior figures from companies including Aviva, Goldman Sachs International, and HSBC, reports Sky News.

Sources said the agenda would be largely Brexit-focused but could also cover areas such as corporate remuneration, with ministers keen to avoid damaging headlines about lavish boardroom pay during a period when the NHS is experiencing intense resourcing problems.

Philip Hammond, the Chancellor, is also expected to attend the meeting, which will take place against a more optimistic backdrop than previous meetings between Mrs May and financial services industry chiefs.

The meeting with City bosses will come a day after Mr Hammond and David Davis, the Brexit Secretary, have travelled to Germany to appeal to business leaders for help in securing a trade deal which includes financial services.

Michel Barnier, the EU’s chief negotiator, has insisted that there will be no “special deal” for the City, despite warnings that it would drive up costs for European companies which rely on London to finance themselves cheaply.

In an article for the Frankfurter Allgemeine newspaper, Mr Hammond and Mr Davis wrote that a Brexit deal which forced the fragmentation of the EU’s financial services sector would pose a risk to financial stability.

“It makes no sense to either Germany or Britain to put in place unnecessary barriers to trade in goods and services that would only damage businesses and economic growth on both sides of the Channel,” they argued.

Financial services companies which trade across EU borders want a deal as close as possible to the current arrangements despite the fact that the UK will no longer be part of the EU single market or customs union.

Mr Davis has described the desired outcome as “Canada plus plus plus”, in reference to the country’s low-tariff free trade deal with the EU, but with services also encompassed by it.

Although many City executives feel more positive about the prospects for the UK’s future relationship with the EU after last month’s decision to move onto trade talks, the continuing possibility of a “no deal” exit means that companies continue to progress their contingency plans.

Goldman Sachs International, which employs about 6,000 people in the UK, is among the international firms which have talked about the impact that the loss of passporting rights is likely to have on their UK-based operations.

Lloyd Blankfein, Goldman’s chairman and chief executive, has talked up the attractions of rival financial centres including Frankfurt and Paris in a series of tweets which have raised expectations that it will relocate substantial numbers of jobs from London.