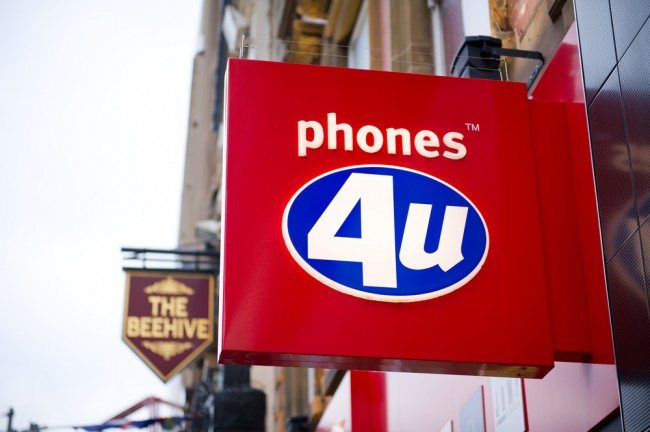 Five members of the board and senior management of Phones 4U lent themselves hundreds of thousands of pounds months before the retailer’s collapse, reports The Telegraph.

The group used the £460,000 to buy shares in Phosphorus Jersey Ltd, the Channel Islands vehicle that was Phones 4U’s ultimate parent.

The loans and share acquisitions took place in February last year, soon after it was reported that BC Partners, the private equity firm that owned Phosphorus Jersey Ltd, was considering a flotation of the retailer.

However, around the same time O2 became the first of Phones 4U’s major mobile operator suppliers to cut ties.

Vodafone and then EE followed suit in September. Without any major suppliers and burdensome debts the company was immediately forced into administration with the closure of hundreds of stores and loss of more than 3,500 jobs.

The loans were disclosed by PwC in its first progress report on the administration of Phones 4U. It said that the five directors and senior managers remain liable for their debt to MobileServ Ltd, one of the group of companies used to manage Phones 4U’s complex finances.

The timing of the loans will fuel arguments over whether BC Partners and Phones 4U’s management knew, or should have known, about the fragility of the business.

They have blamed the mobile operators, who have in turn said their decision to withdraw was in the context of widely understood industry trends towards direct selling, and that the retailer was made uncompetitive by its debts.

BC Partners had raised money in the bond markets to help buy the retailer, then loaded it with more expensive debt to recoup the cash it invested.

PwC said it was considering whether to agree early settlements or discounts on the value of the loans with the former directors and senior management. Alternatively, the administrator said it could sell the loans on for collection by a third party or wait until they mature in 2019 to collect them itself.
PwC said: “To date, we have not agreed an early repayment with any of counterparties and continue to explore whether a sale to a third party is possible.”

Loans to directors are just one of the issues under consideration as part of an ongoing legal process relating to the collapse of Phones 4U.

The PwC report said a law firm appointed to investigate the failure had made initial findings that are under consideration by the administrators and secured creditors. They include banks, who are expected to receive full repayment of £19.8m in revolving credit owned by Phones 4U, and a group of distressed debt hedge funds who have bought up most of the £430m in secured bonds placed by the retailer on the Irish Stock Exchange.

PwC said that it expected the administration to deliver no more than 24p in the pound for the bondholders.

One of the hedge funds, Stonehill Capital Management, has signed a confidentiality deal with the administrator that gives it greater access to company documents and could help it mount a legal action.

Image: Phones 4U via Shutterstock