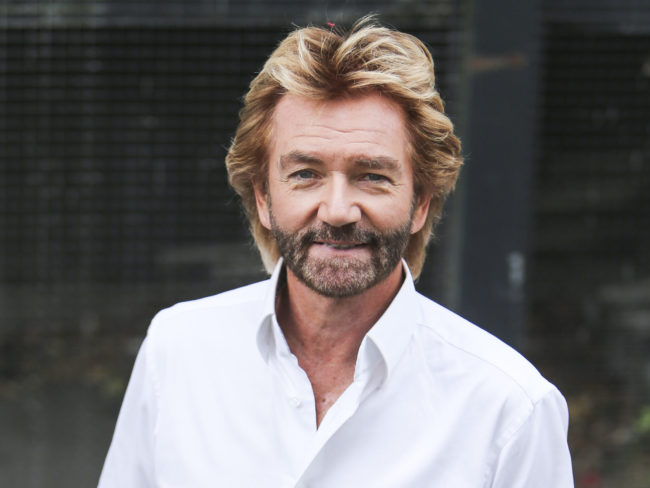 After a decade presenting Deal or No Deal, Noel Edmonds is finally taking on the banker himself by presenting Lloyds with a £100m proposition of his own, reports The Independent.

Mr Edmonds said that he hopes to be “fairly, swiftly and appropriately” compensated, and if not he will pursue his claim against Lloyds via the courts.

Last month, Lloyds set aside a total of £100m to settle a number of claims after Mr Dobson and fellow HBOS bank manager Lynden Scourfield were convicted for their part in “ripping apart” customers’ small businesses.

Mr Edmonds’ claim is seeking £50m for the collapse of his business, Unique Group, as well as £10m for loss of income from motivational speaking fees which the presenter says he could no longer collect because of “irreparable damage to business reputation”. He is also demanding money for legal fees, interest and compensation for personal distress and humiliation.

Mr Edmonds’ lawyer, Jonathan Coad says in the letter: “My client has both suffered immense economic loss as well as (to put it very mildly) ‘distress and inconvenience’ at the hands of your bank as a direct result of the actions of these individuals.”

The presenter claims his business was “marred only as a result of the unlawful actions of rogue individuals” at HBOS.

Unique Group, the TV star’s business, was placed into compulsory liquidation after HBOS refused to allow the company to sell shares to pay off its debts, according to the letter.

The letter goes into detail about his, “long and distinguished career lasting over forty years as both a broadcaster and entrepreneur in the media industry,” which included a “plethora of very successful and high profile programmes such as Top of the Pops, Multi-Coloured Swap Shop… Noel’s House Party, Noel’s Christmas Presents and most recently the hugely successful Deal or No Deal.”

The claim marks the latest twist in the HBOS fraud scandal. The two convicted bank managers were found to have referred customers to their friends, businessmen David Mills, 60, and Michael Bancroft, 73, who claimed to be turnaround consultants providing assistance struggling businesses.

Instead they bullied them, squeezed them for large fees and stripped them of assets. In exchange, Mr Mills arranged sex parties, cash and lavish gifts.

Sentencing in February, Judge Martin Beddoe said Mr Scourfield was an “utterly corrupt senior bank manager” who had “sold his soul” to Mr Mills in exchange for “sex”, “bling” and “for swag”.