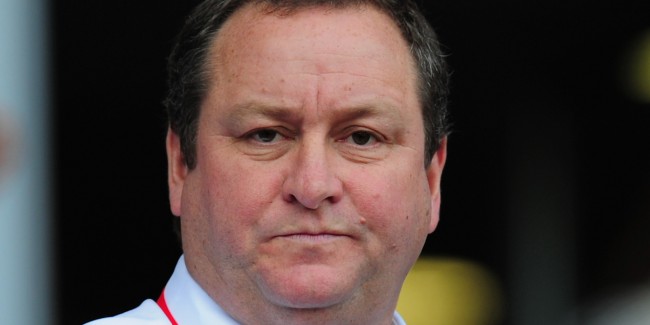 In a letter to Iain Wright, the chairman of the business, innovation and skills committee, Ashley said he was disgusted by the MPs’ approach. On Wednesday, the committee warned Ashley publicly that he risked being in contempt of parliament if he failed to appear.

Ashley wrote: “I was disgusted to learn that you have adopted a stance that is deliberately antagonistic.” He accused Wright of trying to create a “media circus” by summoning him. The letter’s contents were reported in the Times on Friday and confirmed by Ashley’s spokesman.

The Guardian reports that Wright wrote to Ashley saying that the committee wanted to ask him about his company’s treatment of staff, enforcement of the minimum wage and the billionaire’s internal review of Sports Direct’s practices. The Guardian reported last year that workers at Sports Direct’s headquarters in Shirebrook, Derbyshire, were subjected to surveillance and lengthy searches that meant they effectively earned less than the minimum wage.

The standoff is the second time Ashley has resisted attempts to make him appear before MPs. He declined an invitation to attend the Scottish affairs select committee last year, explaining he was busy on the dates suggested. Instead, the company sent its chairman, Keith Hellawell, who struggled to answer detailed questions.

Ashley has offered to meet the BIS committee privately at Shirebrook but Wright has declined, citing the “select committees’ commitment to transparency”.

In his letter, Ashley criticised the committee for failing to accept his invitation to visit Shirebrook. He said: “You are missing out on a genuine opportunity to gain a detailed and balanced understanding of the matters you wish to discuss. I believe you are abusing parliamentary procedure in an attempt to create a media circus at Westminster.”

It is not clear how much power select committees have to force people to give evidence. Rupert Murdoch and his son James gave evidence about phone hacking after the culture committee summonsed them in 2011. But a report the following year concluded that committees did not have the power to compel witnesses to attend.