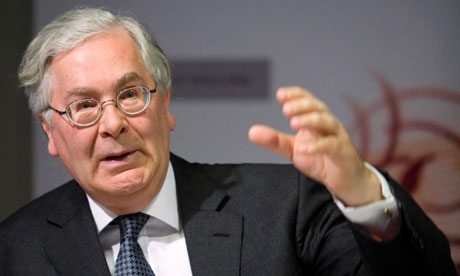 Sir Mervyn King has urged “patience” on economic recovery as the Bank of England cut its growth forecasts and warned the crisis has a long way to go yet reports The Telegraph.

The Bank revealed in its August Inflation Report that it is now expecting zero growth this year after forecasting a 0.7pc rise in GDP just three months ago. It also cut its 2013 forecast to 1.7pc growth from 2.1pc.

The Bank’s governor said it would likely take “a number of years” for Britain to fully recover from the crisis and left the door open to further stimulus efforts.

“We will get back but it’s quite impossible to know over what time period. It is to our Olympic team that we should look for inspiration. They have shown us the importance of total commitment when trying to achieve a goal that may lie some years ahead.

“There is still a long way to go,” he added.