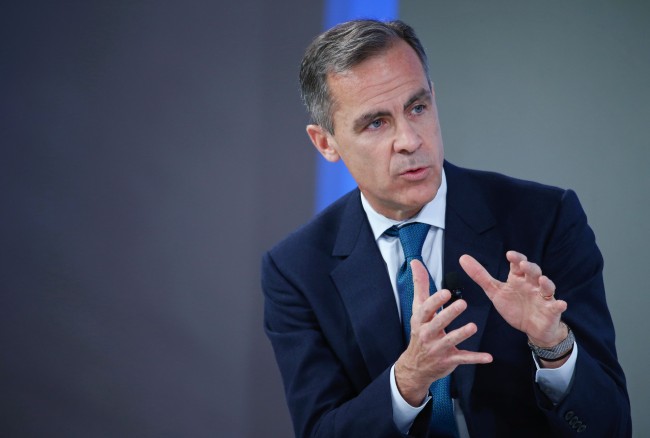 That was how Bank of England Governor Mark Carney responded to a query about whether his former employer, Goldman Sachs Group Inc., had encouraged him to warn on the risks of the U.K. leaving the European Union.

Blomberg reports that the question came from Conservative lawmaker Steve Baker, a self-confessed critic of the central bank, who noted that Goldman, where Carney worked for 13 years until 2003, has been a contributor to the Remain campaign.

“Can I just give you the opportunity to refute any suggestion that Goldman Sachs may have put pressure on you?” Baker asked during the testimony, which lasted more than two hours and was dominated by Brexit.

As Carney answered, sitting beside him was another Goldman alum, BOE Deputy Governor Ben Broadbent, who shook his head. The governor’s full response was:

“I refute it categorically and I am stunned to even have it raised.”

Baker’s questioning followed a lengthy grilling from pro-Brexit lawmaker Jacob Rees-Mogg, who questioned Carney’s independence from government and said he’s dishing out the “same propaganda” as the Treasury. The governor was quick to reply:

These comments on the referendum implications were probably Carney’s last, as a pre-vote purdah period begins this week. While he’s due to give a big speech in June, he plans to stay away from EU-related topics. He also acknowledged he can’t win when it comes to his commentary.

“All we can do is just call the economics as we see them and our words and analysis will be used by both sides. That’s fair game.”