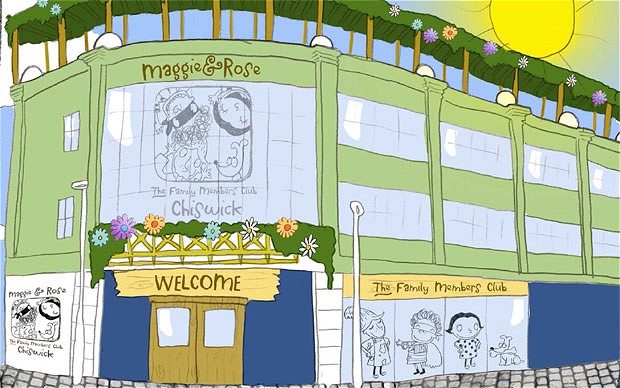 Maggie & Rose is selling a 20 per cent stake through “crowdfunding” website Crowdcube, which allows small investors to buy equity in private businesses, reports The Telegraph.

The company, which is based in Kensington, in London, is a “private members club for families”, providing classes for preschool children and a social club for parents. It plans to use the funds, which will be supplemented by a £500,000 bank loan, to open a second London site, in Chiswick.

Founder Maggie Bolger said she turned down an offer of conventional “angel” equity investment to fund her growth plans because they wanted more equity and control. “Angels do ask for a lot more now,” she said. “They wanted control of the company — we’re still young, if we give away the bulk now before we’ve expanded, we’d end up with 0.5pc when we get to where we want to be.”

Ms Bolger’s husband, Sean, the company’s business development director, said they decided to use crowdfunding as an alternative because “members kept approaching us asking if they could invest.”

Mr Bolger said Maggie & Rose’s online share sale would be open only to the company’s members. “We’re explaining it’s only open to [sophisticated investors] and we’re keeping it to a closed group; once you’re directly attracting the public you can fall in to tricky ground.”

Earlier this month, the Financial Services Authority said websites such as Crowdcube should not be promoted to amateur investors. However, Ms Bolger said she supported the idea of using online share sales to allow friends and family to support start-ups.

“What I love about it is it opens investment up — you don’t have to talk to scary venture capitalists to build your business — people who aren’t millionaires can support you too.”
Over the next eight years, she said she is planning to launch nine more clubs in London, five across the UK and 10 overseas.

Maggie & Rose’s sales come from a £585 per family membership fee and sales of children’s classes in cooking, dance, art and music.

Ms Bolger founded the business five years ago after growing “resentful” of how her life had changed after having children.

“I had my first at 22 and three more in quick succession. I wanted a nice place to go outside the house to meet other mums other than badly planned events in church halls. I waited for a few years for someone else to do this and no one did.”