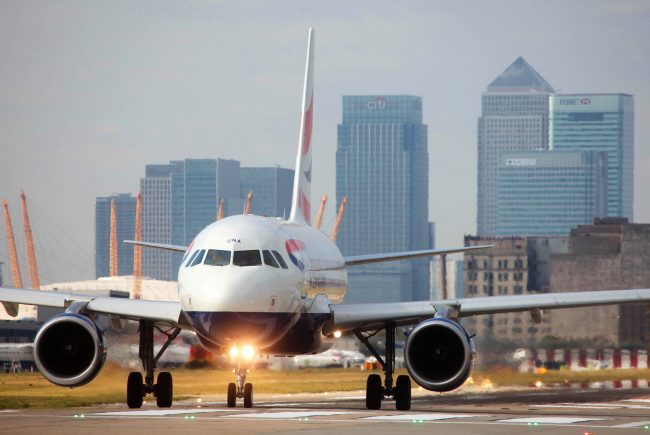 Chancellor Philip Hammond, transport secretary Chris Grayling and communities secretary Sajid Javid gave the green light to the multi-million pound expansion of London City Airport in a move that will create 1,600 jobs and add up to £1.5bn to the UK economy by 2025, reports CityAM.

“More capacity at City Airport will be a particular shot in the arm for the City of London, which is still working out its place in the world after the Brexit vote,” said James Sproule, chief economist at top lobby group the Institute of Directors.

“The approval of City Airport’s expansion is a strong signal that the government takes being open to trade seriously,” added Baroness Jo Valentine, chief executive of campaign group London First.

The plans include an extended terminal, a new aircraft taxiway and increased space for new, quieter aircraft.

Meanwhile, figures from the Office for National Statistics showed the UK’s economy grew 0.6 per cent in the second quarter, surpassing expectations. Growth was driven by a strong performance in the manufacturing sector.

The surprise data lifted the FTSE 100 to a one-year high and put the FTSE 250“back in the game” – according to analysts.

The index of domestically-focussed mid-cap stocks briefly surpassed its closing level on 23 June during yesterday’s trading, and closed up 1.2 per cent at 17,265.91. That leaves it just 0.4 per cent shy of its pre-Brexit level and more than 10 per cent above the low it reached in the days following the referendum.

“Domestically-focussed stocks started the day on the front foot, with Taylor Wimpey, Rightmove and ITV all posting robust results, and GlaxoSmithKline announcing £275m of investment in the UK. The strong UK GDP figures added to the confident mood, as stock prices shrugged off the Brexit blues,” said Laith Khalaf, senior analyst at Hargreaves Lansdown.

He added: “However, all today’s figures look back to a period predominantly before the referendum, and as such they give us little indication of what the vote actually means for the economy. They do at least tell us the economy has some momentum going into the implementation of Brexit, and may yet give the Bank of England pause for thought when they decide whether to cut interest rates next week.”

The Bank of England is expected to unveil some sort of stimulus when it meets.