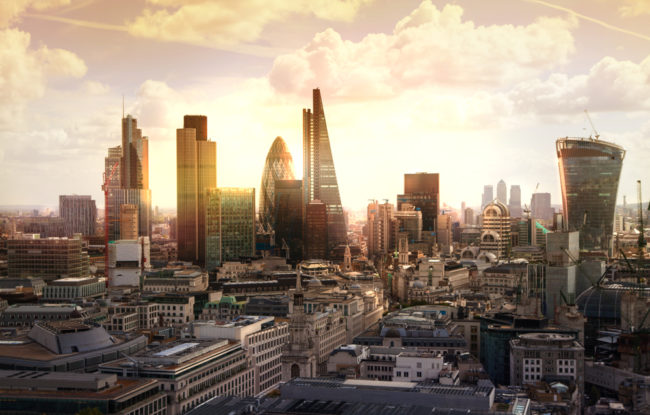 Confidence bounced back in the first quarter of the year as the balance of companies in the capital seeing a better outlook for their businesses was positive for the first time in nine months, according to a survey of 500 firms by the London Chamber of Commerce and Industry (LCCI).

City AM reports that the rise in confidence came in spite of increasing prices as the devaluation of sterling continues to feed through.

A balance of 48 per cent of businesses reported rising cost pressures from fuel prices, the highest since the survey began in 2014. Fuel prices have been affected by the double hit from weaker sterling and a cut in oil supply.

Yet the balance of London firms expecting turnover to increase was little affected, with a net 15 per cent expecting business to improve, an increase of seven points compared with the last quarter.

The survey’s findings reflect the mixed indications of the health of the broader UK economy.

British GDP growth surprised many economists in the second half of 2016 as it accelerated towards the end of the year. However, the decline in the value of sterling, which is currently worth around 16 per cent less against the US dollar, has seen inflationary cost pressures build.

The impact of inflation may be affecting firms’ economic outlook, which LCCI finds to still be negative on balance. Businesses in Inner London (which includes the City) are significantly less optimistic than the rest of the capital’s firms.

However, companies’ hiring intentions have remained firm, with a positive balance of three per cent expecting to expand their workforce in the next three months.

There are further signs the UK labour market remains tight, with 47 per cent of companies looking to recruit experiencing difficulties in finding candidates with the right skills. Skills shortages have become a greater concern for employees in recent months as unemployment nationally remains at 11-year lows.

Colin Stanbridge, chief executive of LCCI, said: “There are many signs of improvement; however, not all indicators are upbeat.”

He added: “We need to ensure that London is well equipped to meet the challenges of Brexit and a population that is set to meet 10m by 2030.”