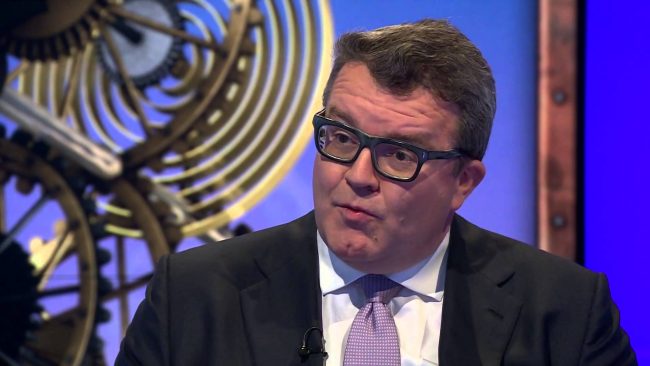 Proposals by Companies House to delete more than 2.5m public records and destroy the virtual history of defunct business would damage the fight against corruption, Tom Watson has said in a letter to the prime minister.

The deputy Labour leader has written to Theresa May following reports that the corporate registration agency is planning to erase vast amounts of public data, claiming the move would make a mockery of her pledge to tackle corporate irresponsibility and hinder businesses, journalists and the police in their efforts, reports The Guardian.

The government agency maintains a database on all UK-incorporated firms, listing their accounts and all directors and shareholders. But proposals are being considered to reduce the amount of time the records of dissolved companies are retained – from 20 years to six – raising fears it will hamper investigations into white collar criminals and money laundering.

On Wednesday, Watson added his voice to those who have already expressed concern. “You have said that you want to tackle corporate irresponsibility, reform capitalism ‘so that it works for everyone rather than for a privileged few’,” he wrote.

“This proposal from Companies House would only serve to protect criminals who seek to hide their past corporate misdeeds from public view. It would harm the global fight against corruption and tax avoidance. It would also be an attack on the right of the public, the police and journalists to scrutinise corporate wrongdoing. Perhaps more importantly, it would prohibit legitimate companies carrying out due diligence on people they are considering doing business with.”

Police investigators, the National Crime Agency, the Serious Fraud Office, lawyers, journalists and bank compliance teams all make extensive use of the data, often searching for dissolved companies and their directors.

In June last year, the previously paid-for information was made available free to the general public, leading to a surge in the number of searches. Companies House said this led to complaints that retaining and providing access to long-dissolved firms is inconsistent with data protection law. It says the source of the complaints were members of the public, but there have been reports suggesting some MPs have also been protesting.

Watson wrote: “It seems inconceivable for a government that claims it wants to be the most transparent in the world to place such a damaging restriction on these rights … It has been reported that MPs have lobbied Companies House to reduce the length of time this records have to be held. I would like to know which MPs have been demanding these changes, and what their reasons are for doing so.”

Searches for information on Companies House’s website are running at 2m a day. Data protection law does not specify a time limit for records to be kept, but business people linked to dissolved companies have been citing the legislation when arguing for a shorter retention period.

The Tax Justice Network and the Opencorporates group are among those who have previously criticised the proposals which, if put in place today, would have prevented access to information on Dominic Chappell, the director who was running the BHS department store chain when it collapsed and who has been declared bankrupt three times.

Watson said: “I have written to Theresa May to seek assurance that this proposal from the Cameron and Osborne era will not see the light of day.”