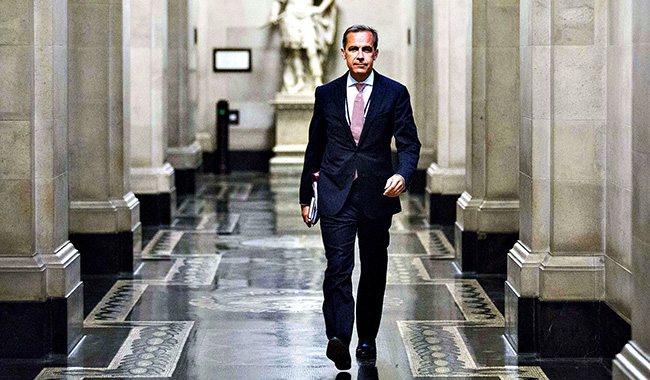 The cream of British banking, including Mark Carney and the bosses of the two taxpayer-backed banks, will be hit by Ed Miliband’s plan to scrap the non-dom tax status the Times are reporting.

The governor of the Bank of England and the heads of Lloyds and Royal Bank of Scotland (RBS) face higher taxes if Labour wins the election next month. The chief executives of HSBC and the insurer Aviva, the incoming chairman of Barclays and one of the heads of Goldman Sachs’ London operation are also non-doms.

The Bank of England yesterday defended Carney’s tax status. “This is not a choice. It is the straightforward outcome of the tests that determine domicile status in the UK,” it said. “The governor pays full UK taxes on all earnings, including his housing allowance.”

Carney, a former Goldman Sachs banker, earns £874,000 in pay and benefits, including a £250,000 housing allowance and pension contributions. The Bank of England reportedly refused to comment on the possible changes to it’s governors pay and benefits package.

Entrepreneur and Business Matters columnist made the headlines last week when he publicly backed Ed Miliband’s plans reiterating a column he wrote in Business Matters in 2010: Duncan Bannatyne: Why Non-Doms have an ‘unfair’ advantage in business