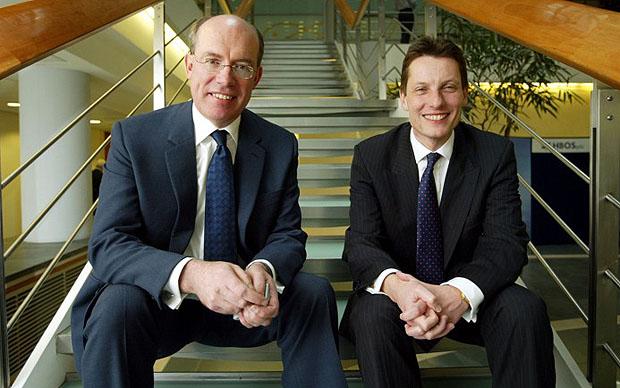 Although the Big Four accounting firm was not criticised by the Parliamentary Commission on Banking Standards, the damning report revealed HBOS was carrying £47bn of losses when rescued by the taxpayer despite getting a clean bill of health from KPMG.

In HBOS’s corporate arm alone, KPMG cleared management’s decision to set aside just £370m in provisions in May 2008, when the final divisional losses ended up being £25bn, reports The Telegraph.

In light of the findings, the Financial Reporting Council said it would review both the commission’s report and the conclusions of the Financial Services Authority’s upcoming review into HBOS’ collapse, “to see whether there is a case for an investigation under our powers”.

“We continue to monitor the situation,” a spokesman said. “There isn’t an official investigation currently”.

The parliamentary report was highly critical of the HBOS management’s “reckless” stewardship, prompting calls for ex-chief executive Sir James Crosby to lose his knighthood and return some of his £570,000 annual pension.

David Cameron yesterday refused to intervene over Sir James’ honour, despite pressing for former Royal Bank of Scotland boss Fred Goodwin to lose his knighthood last year. His spokesman said: “The Prime Minister’s very clear view is that it is a matter for the Forfeiture Committee.”

MPs have also demanded Sir James hand back some of his pension.
The critical Commission report has led to Sir James quitting as an adviser to private equity firm Bridgepoint and his tenure as Compass’s senior independent director is looking increasingly shaky after the contract caterer refused to back him. He has also stepped down as treasurer of Cancer Research UK.

Concerns about KPMG’s audits will raise further questions about John Griffith-Jones’ position as chairman of the Financial Conduct Authority, which has taken over responsibility for the HBOS report following the FSA’s disbanding last week. Mr Griffith-Jones was chairman of KPMG during the years it audited HBOS and, as a former partner, would be liable for claims against the firm.

At a September FSA board meeting last year, attended by Mr Griffith-Jones, then deputy chairman, the watchdog decided not to investigate KPMG. The FSA “would take account of input from the auditors but not review their work nor seek to opine on relevant accounting standards and their application”.

Mr Griffith-Jones declared “he was previously employed by KPMG” at the meeting, but one corporate governance expert said he should not have been involved in the decision at all.

An FCA spokesman said Mr Griffith-Jones “does not sit on the FCA sub-committee which is tasked with overseeing the HBOS report”. She added it “not responsible for regulation of auditors. We will look at the factual input of auditors in areas such as provisioning and ask questions where appropriate.”

A KPMG spokesman said: “We stand by the quality of our audit work.”