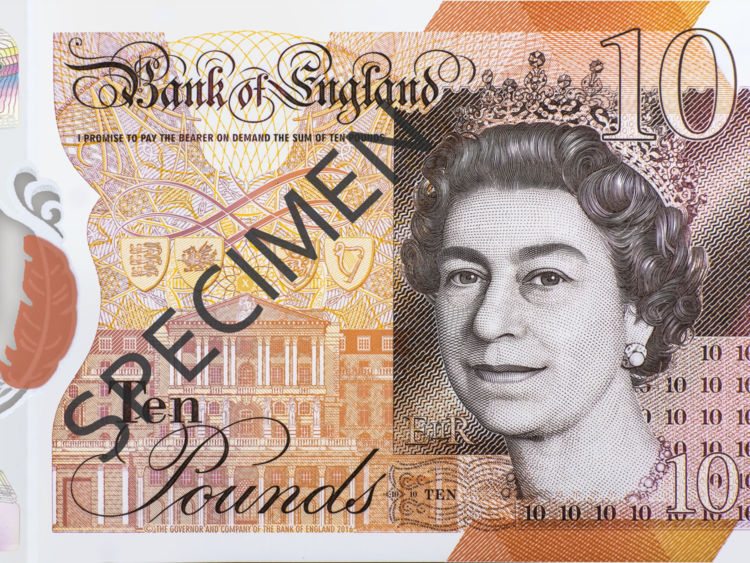 The new £10 note featuring novelist Jane Austen has entered circulation – marking a return of a woman in addition to the Queen on Bank of England notes.

The launch comes after a four-month period when women, apart from the Queen, have not been represented on the Bank’s notes, reports The BBC.

The last was the £5 note featuring reformer Elizabeth Fry which was replaced by a Winston Churchill fiver.

The new £10 note is made of polymer and includes raised dots for blind people.

It replaces the paper £10 note, with the portrait of naturalist Charles Darwin, which will still be accepted in the shops until Spring 2018. The exact date of withdrawal will be published three months in advance.

“Our banknotes serve as repositories of the country’s collective memory, promoting awareness of the UK’s glorious history and highlighting the contributions of its greatest citizens,” said Bank of England governor Mark Carney.

“The new £10 note celebrates Jane Austen’s work. Austen’s novels have a universal appeal and speak as powerfully today as they did when they were first published,” he said.

Scottish banknotes can be issued by a number of banks. They will launch their new £10 notes into circulation in the coming weeks.

The representation of women has continued on Scottish notes, with doctor and suffragist Elsie Inglis still the face of Clydesdale Bank’s £50 note and writer Nan Shepherd on the RBS polymer £5 note.

One billion polymer Jane Austen £10 notes have been printed and will be fed into general circulation over the coming weeks and months.

The Bank said polymer, also used with the new fiver, was more durable and cleaner than paper notes. It has persevered with this, despite complaints from religious and vegan groups that the animal fat tallow is used in the production process.

Following consultation, the Bank said in August that it would continue with the use of tallow in future banknotes – saying that it “has not taken this decision lightly”.

The Bank assessed whether palm oil or coconut oil should be used instead, but concluded that this might not be able to be sourced sustainably and changing production would also involve considerable extra costs to taxpayers.