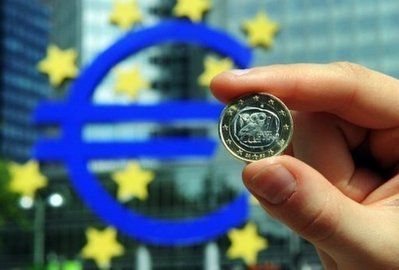 The news came as Italian Prime Minister Mario Monti slammed unnamed EU states for undermining the “credibility” of the eurozone and called for rapid action on agreed ways to resolve the debt crisis, reports The Telegraph.

“Consensus forecasts indicate the GDP will shrink around 2pc,” Ignazio Visco said in an interview with the Corriere della Sera, revising down an earlier forecast.

At the end of May, Visco said the contraction could be kept to around 1.5pc.
“2012 will be negative, but if the situation does not get worse, if the risk on interest rates drops, if the crisis solution is shared on a European level, we could see light at the end of the tunnel by the end of the year,” he said.

Mr Monti used a June 28-29 crisis-busting summit to step up pressure on his proposal for a defence against high borrowing costs.

But while the markets were temporarily calmed by the talks, the rates demanded by investors to buy Italian debt are rising again.

Like Monti, Visco said Rome was being unfairly punished by the markets.
“Two-fifths of the 470 base points difference between BTP [Italian bonds] and [the benchmark German] Bund are our ‘fault’; because of our public debt, our lack of competitivity, our low potential for growth,” Visco said.

“The rest is the risk recognition the Italian state pays for investor fears that at a certain point the single [euro] currency will be no more,” he said.

Italy, which entered into recession at the end of 2011, saw its GDP contract by 0.8pc in the first quarter of 2012, following a series of harsh austerity measures aimed at saving the country from the eurozone debt crisis.

The head of the Bank of Italy praised Monti for the reforms carried out so far but called for “an increase in investments in this country, which is weighed down by corruption and dishonesty”.

“Believe me, the money can be found,” he said, particularly if Italy’s small and medium enterprises are given assistance in applying for European funds.
Italy would do well to set up a system “to help resolve administrative, legal, tax problems and give guarantees to single businessmen, rather than the multinationals, against bureaucracy and corruption”, he added.

Monti, who heads up a technical government that came to power last November amid the debt crisis, is due to step aside in April when Italy will go to the polls. He has said he will not run for election.

Visco said he could not predict what would happen when Monti steps down, but called on Italy’s political parties to “show their ambition to draw up growth plans, and not just for the economy. A new Italian spirit is needed,” he said.

“The eurozone’s financial system is fragmented, and the single currency cannot be successful like this,” he said.

Meanwhile, French Foreign Minister Pierre Moscovici has said there will be a new meeting of the EuroGroup on July 20 to tackle the debt crisis threatening the single currency area.

He said a key meeting of eurozone finance ministers on Monday will “translate into action” earlier decisions and “there will be another one in July, on July 20 I think,” he told reporters.