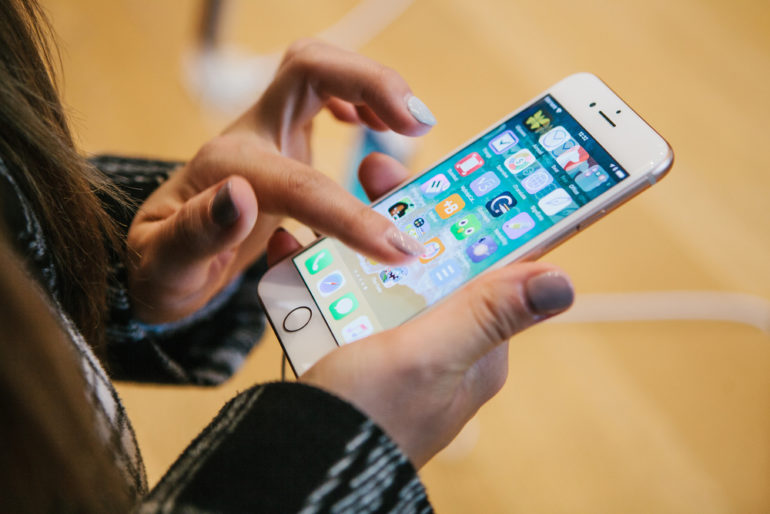 Apple’s latest iPhone range sold about a million fewer handsets in the last three months of 2017 – but the firm still pulled in record revenues of $88.3bn (£62bn).

The tech giant sold 77.3 million iPhones, down slightly on the same quarter the year before, reports Sky News.

However, sales of the pricey flagship iPhone X helped boost the company’s profits to $20bn (£14bn).

Experts have expressed doubts over the mainstream appeal of the phone (which starts at £999 in the UK and $999 in the US) and whether iPhone sales can continue to grow long term.

“Once you get past all the enthusiasts who want the iPhone X, you get down to a lot of people who think $1,000 is a lot of money for a phone,” said analyst Bob O’Donnell of research firm Technalysis.

“We may be getting near the peak of the smartphone market, and that impacts everyone, including Apple.”

The company may also have lost trust among some shoppers after recently admitting a software update slowed down older iPhones to “protect electronic components”.

But Apple boss Tim Cook said the X model had “surpassed our expectations and has been our top-selling iPhone every week since it shipped in November”.

That may not be enough to kill off concerns among investors – especially as the company also gave a lower than expected sales and profit forecast for the first three months of 2018.

The iPhone remains the cash cow for the US company and accounted for two-thirds of its revenues in the last quarter, but there was also 18 per cent growth in the “other product” category that includes the Apple Watch.

Apple’s shares have fallen about 7 per cent since an all-time high two weeks ago but after the quarterly report rose about 1 per cent to $169.50 in after-hours trading.