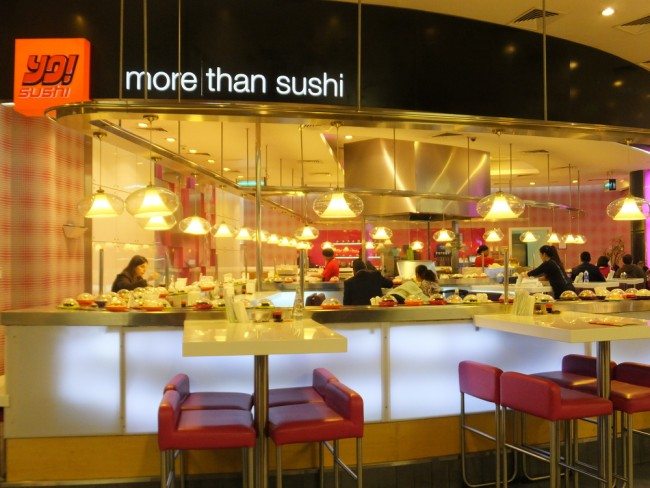 The owner of the fashion chain Jack Wills is in talks to buy Yo! Sushi, the UK’s biggest Japanese restaurant group, for about £100m.

Sky News understands that Inflexion Private Equity has in recent weeks emerged as the frontrunner to buy the company, which trades from more than 70 sites in the UK.

Yo! Sushi has cashed in on the growing popularity of Japanese cuisine in the UK, now employing well over 1,500 people and expanding internationally into Europe, the Middle East and the US.

A deal between Inflexion and Quilvest, Yo! Sushi’s current owner, is not yet certain and could fall apart, insiders said on Friday.

However, the private equity firm is understood to have been given a period of exclusivity within which to negotiate a deal.

It is said to have seen off competition from rival bidders which were reported to have included 3i, Morgan Stanley Private Equity and Mistral Equity Partners, a New York-based fund.

Yo! Sushi was founded in 1997 by Simon Woodroffe, who was one of the original participants on the BBC’s Dragons’ Den programme.

More recently, the company has been run by Vanessa Hall, who is spearheading its international growth plans.

The prospective sale of Yo! Sushi comes during a frenetic period of dealmaking in the UK restaurants sector.

Last month, Cote, the French bistro chain, was taken over by BC Partners, a buyout firm, at a valuation which surprised many City observers.

BC is understood to believe that there is scope to triple the number of Cote outlets in the UK, despite the growth of rival operators.

‎Among the other chains which have changed hands or launched sale processes in the last few months are Ask, La Tasca, Las Iguanas, Prezzo and TGI Friday’s.

An Inflexion spokesman declined to comment, while Canaccord Genuity, which has been running the sale process for Quilvest, could not be reached.