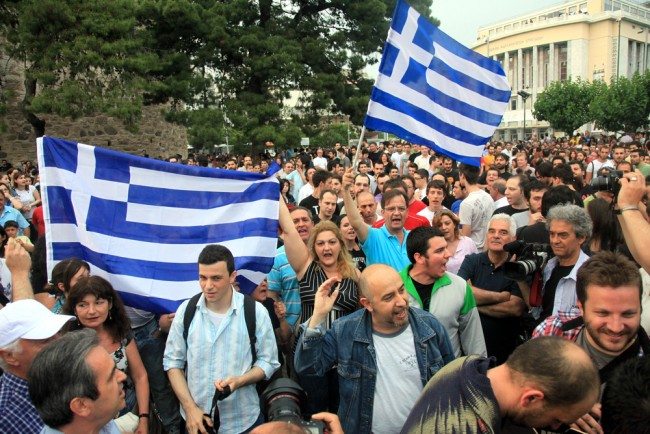 Greece will receive up to €86bn (£61bn) in loans over the next three years, in return for tax rises and spending cuts.

She said the country needed significant relief “well beyond what has been considered so far”.

“Greece cannot restore debt sustainability solely through actions on its own,” she added.

The BBC‘s Adam Fleming in Brussels says finance ministers will consider possibly writing off some of the country’s debts in the autumn.

The first tranche of loans will be for €26bn.

This will include €10bn to recapitalise Greek banks and €16bn in several instalments – the first of which will be for €13bn and will be delivered in time for Greece to repay about €3.2bn to the European Central Bank (ECB) by 20 August.

European Commission President Jean-Claude Juncker said the deal sent a message “loud and clear” that Greece will stay in the eurozone.

It comes at a political cost for Greek Prime Minister Alexis Tsipras, who has faced a rebellion in his left-wing Syriza party.

More than 40 MPs voted against him when parliament decided on the bailout agreement on Friday, after all-night talks. He managed to push it through with the help of members of the opposition.

Dutch Finance Minister Jeroen Dijsselbloem, who chaired the Eurogoup meeting where the deal was hammered out, said he was confident it would “address the main challenges facing the Greek economy”.

He acknowledged that dealing with debt was an important issue, especially for the IMF, but Germany has so far been vehemently against any debt “haircut” that would cost creditors billions of euros.

Mr Schaeuble added that there was “a certain amount of room to extend maturities further”, but cautioned: “His room is not very big.”

Germany’s parliament is to hold a special session on Wednesday to decide on whether to approve the Greek bailout.