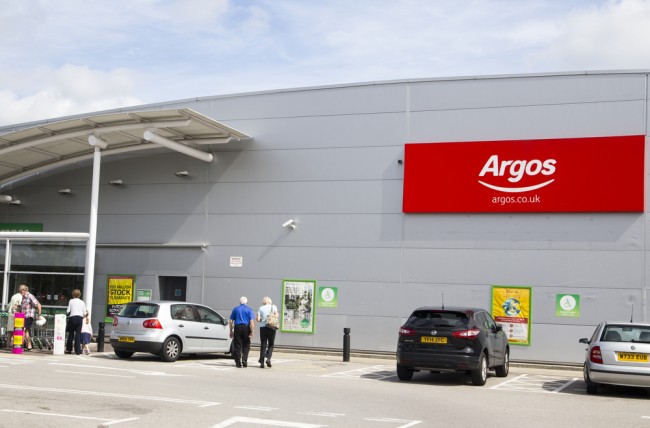 That means the final offer for the Argos parent company – confirmed a fortnight ago after rival bidder Steinhoff backed away – will be put to the shareholders for a vote. The offer consists of 0.321 new Sainsbury’s shares plus 55p for every Home Retail Group share they hold, reports CityAM.

On top of that shareholders are also receiving 25p per share relating to the Homebase buy-out by Wesfarmers, which took place on 18 January, and a further 2.8p per share in lieu of the final dividend they would have received from Home Retail Group.

All that values the firm at £1.2bn, although including the proposed capital returns it is an estimated £1.4bn.

But investors apparently wanted more: Home Retail Group’s share price was down 0.7 per cent while Sainsbury’s fell 1.5 per cent in early trading.

Home Retail Group shareholders will own 12 per cent of Sainsbury’s under the plans.

John Coombe, chairman of Home Retail Group, said: “Argos is both an icon of the British high street and also a leader in the digital transformation of UK retailing.

“We are pleased that Sainsbury’s has recognised our progress and our potential with its recommended acquisition of Home Retail Group. This is a testament to the vision and hard work of management and all our colleagues. We thank them for all they have done for Home Retail Group plc and Argos in particular and wish them well for the future.”

David Tyler, chairman of Sainsbury’s, added: “We are very pleased the Board of Home Retail Group has recommended our offer for the acquisition of its business to its shareholders. The combined business will offer a multi-product, multi-channel proposition, with fast delivery networks, which we believe will be very attractive to customers and which will create value to both sets of shareholders.

“The acquisition will now be carried out through a scheme of arrangement, helping to facilitate a speedy completion which is in the interests of the customers, colleagues and shareholders of both businesses. Our next steps are to focus jointly on ensuring we obtain the necessary regulatory clearances and that we are well prepared for the future integration of these two great retailers.”

Steve Clayton, head of equity research at Hargreaves Lansdown, said the deal would “catapult” the supermarket’s exposure to non-food items by around £4bn a year, noting that while there were challenges “the potential is clear”.

“Sainsbury can bring Argos outlets into their own stores, whilst exiting expensive high street leases where Argos is struggling. They have gained a big leap of scale in non-food and potentially developed class-leading delivery capabilities, with same-day options available through the Argos Fast Track network. Cost overlaps can be pared, supporting the margins that Argos so desperately needs to bolster.

​”It’s a bold move by Mike Coupe, the Sainsbury chief executive, and its success or failure will inevitably define his tenure at the top of the group,” Clayton added. “The shares are close to their 12 month high, suggesting that so far, the City is backing him to make the deal work.”