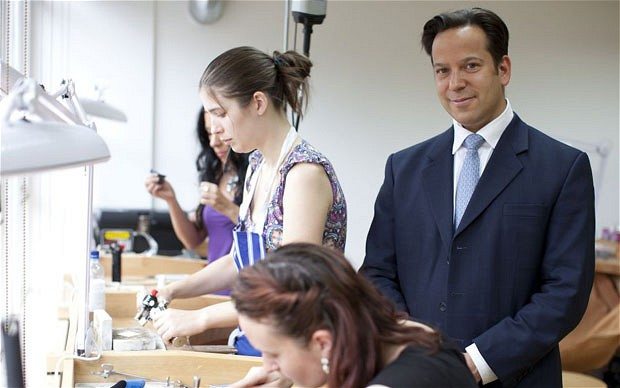 The existing apprenticeships programme is “misunderstood and inaccessible, not always helped by a plethora of organisations willing to give – sometimes conflicting – advice”, according to Jason Holt, the jewellery entrepreneur commissioned by the Government to produce the report.

The Government said it would make taking on apprenticeships “simpler and more accessible” in response to what Mr Holt called a “lack of awareness, insufficient SME empowerment and poor [processes]” in the current system.

Mr Holt said a particular issue is that the control of funding for apprenticeships is dominated by training providers who are sometimes “following the money” rather than providing appropriate workers, reports The Telegraph.

“Employers know about apprenticeships when a training provider knocks on their door saying ‘would you like an apprentice? [The system] places greater emphasis on the role of the provider than on the employer and apprentice.”

Education Secretary Michael Gove backed Mr Holt’s findings and said training providers, which range from large employers to freelance consultants and colleges, will be issued with a set of standards and warned over the “consequences of not meeting them”.

Skills minister John Hayes said providers could face being barred from accessing funding if they do not follow proposed guidelines.

Less than 10pc of small and medium-sized companies in the UK employ apprentices – less than half the rate of larger companies.

Mr Holt, who established a jewellery apprenticeship college in response to a declining skills base in his industry, said small firms should have more involvement in designing the content of apprenticeship schemes and have some direct control over the funding, through vouchers or discounts on employers’ National Insurance Contributions.

Mr Gove said Mr Holt was “certainly right that we need to give employers, and not training providers, the power and freedom to shape their apprenticeships, and make the process as simple as possible for every employer”.

The Apprenticeship Grant for Employers (AGE), which provides £1,500 per apprentice for hiring companies, will be reformed and expanded to make more businesses eligible, the Government said.

However, a recommendation to force schools to promote the value of apprenticeships was rejected.

Mr Holt said that “an apprenticeship as a career path is not given a high profile in schools”, meaning parents do not encourage young people to consider it as a “desirable job and career option”.

The Government said: “We believe that it should be up to schools, together with local partners including employers, to determine how best to address this challenge.”

Mr Hayes said the independent careers’ advisers who will be working with schools across the UK from September will provide more information on vocational options.

“Jason is right that practical learning needs to be seen as attractive as academic achievement,” he said.

The Government also said it would improve communication and advice about how the apprenticeship system works through groups which work with small business owners, such as lawyers and accountants.