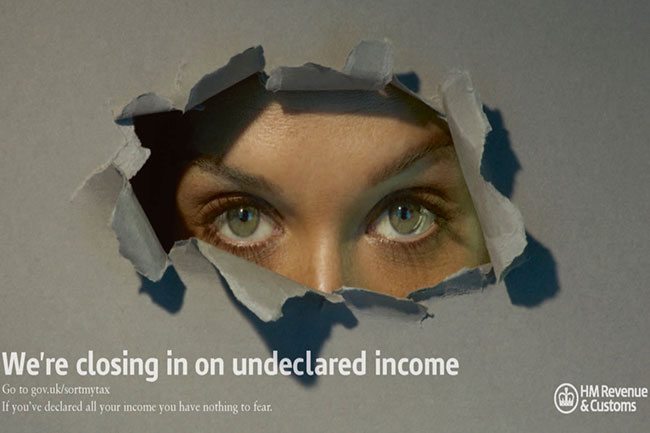 The Public Accounts Committee said that beneath HMRC’s triumphant statements about the rise in overall tax receipts in recent years, the amount of tax lost to fraud has barely shifted, making up about 3pc of expected collections over the past five years, reports The Telegraph.

While the taxman brought in £26.6bn by pursuing unpaid bills in 2014-15, the organisation “could not tell us how much of the additional tax revenue it generates through its compliance work comes from its work to tackle tax fraud”, the committee of MPs said.

Fraud accounts for almost half of the £34bn-a-year “tax gap” between the amount levied by tax rules and the sum actually collected by HMRC. The rest is lost in legal tax avoidance and genuine errors.

Meanwhile, HMRC has increased the number of prosecutions of tax evaders from 545 in 2011 to 1,288 by 2015, resulting in 407 years of custodial sentences. However, it could not verify its own claims that this extra workload had generated £295m in additional tax collections, the MPs said, echoing concerns raised by the National Audit Office last year.

The politicians also criticised the single prosecution that arose from the leaked details of 3,600 British clients in HSBC’s Swiss arm, saying the lack of action gave “the impression that the rich can get away with tax fraud”.

“Honest taxpayers rightly expect a tax system that works fairly for all and any perception that this is not the case undermines the public’s trust in that system. Its credibility is at risk,” said Meg Hillier, the Labour MP who chairs the Public Accounts Committee.

“The evidence we heard from HMRC did not convince us it properly understands the effectiveness of the different enforcement and deterrent tactics it employs. This is a fundamental weakness in its strategy.”

The criticism comes at a time of sweeping change for the taxman. Chief executive Lin Homer stepped down this month as the organisation merges 170 regional offices into 13 centralised sites.

The Revenue is also experimenting with new powers to demand accelerated payments as well as a raft of fresh data available under a worldwide sharing pact among 90 jurisdictions.

HMRC has reduced its budget by almost £1bn over the past four years, and cut its staff numbers by almost half to 56,000 in the decade since it replaced the Inland Revenue. However, it was granted £917m to invest specifically in stopping tax evasion and avoidance in the 2010 Whitehall spending review, a budget boost that was supplemented with an extra £800m in last year’s Budget.

“HMRC is one of the most effective tax collectors in the world, getting 93 pence of every pound due. Few other countries have a smaller tax gap,” a spokesman said.

“We remain relentless and strategic in tracking down the few that try to get out of paying their fair share.

“HMRC is currently investigating 1,100 cases of offshore evasion, including 90 criminal cases, of which 29 cases are already in the court system, ensuring that no-one is beyond our reach.”

Accountants said the vast overhaul within the organisation was making it more difficult for the Revenue to adapt to the changing tax code and shifting political priorities.

“While HMRC should be challenged ‘to do more with less’, we think there is a limit to what can be achieved without more resources being made available,” said Frank Haskew, head of the tax faculty at the Institute of Chartered Accountants in England and Wales.