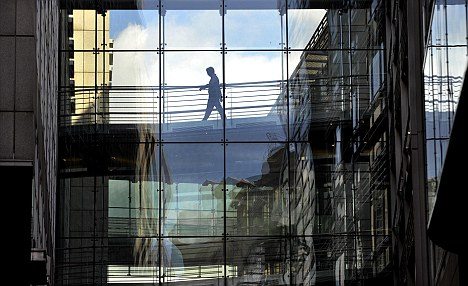 Goldman’s annual financial results show the bank has set aside $13bn to cover the salaries, bonuses and perks for the 32,400 it employs around the world. Details of the payroll come just a day after the bank was forced to back down from plans to defer bonuses until April so that its highly paid staff could avoid the 50% tax rate.

The size of the bill to pay staff is 6% higher than a year ago. However, the average individual payouts to staff are higher as the number of employees has fallen by 3%.

Staff will find out in the coming days what their bonuses for 2012 will be. Some of them will be expecting to receive millions of pounds .

Pressure from Bank of England governor Sir Mervyn King – who said he found it “depressing” that highly paid staff might attempt to avoid the highest rate of income tax – forced Goldman to abandon plans to defer part-payment of bonuses from 2009, 2010 and 2011 which were due to be handed to staff this year. The top rate of income tax falls to 45% on 6 April, the start of the new tax year.

“While economic conditions remained challenging for much of last year, the strengths of our business model and client franchise, coupled with our focus on disciplined management, delivered solid performance for our shareholders,” said Lloyd Blankfein. Goldman’s chairman and chief executive. “The firm’s strategic position provides a solid basis on which to grow and generate superior returns.”

The bank stressed that its ratio of compensation (pay) to net revenues (income) – a closely watched measure of a banks’ generosity towards its staff – was the second lowest ever at 37.9%, compared with 42.4% for 2011.

Revenues were higher across most of the business with the exception of equities. Investment banking revenues were up 13% to $5bn for 2012, although corporate advisory revenues were flat at $2bn.

The firm, the highest profile of the Wall Street banks, issued its figures just hours before JP Morgan revealed its chief executive Jamie Dimon had taken a 50% cut in his pay to $11.5m from $23m in the wake of the London Whale trading incident, which cost the bank $6bn.

Despite the losses caused by the so-called chief investment office in London, the JP Morgan reported a third consecutive year of record income.

“The firm’s results reflected strong underlying performance across virtually all our businesses for the fourth quarter and the full year,” said Dimon, whose salary of $1.5m is enhanced by around $10m of share-based payments.

Earlier this week the bank was ordered to make improvements to its control functions by regulators in the US while the Financial Services Authority admitted it had referred the London Whale incident to its enforcement division.