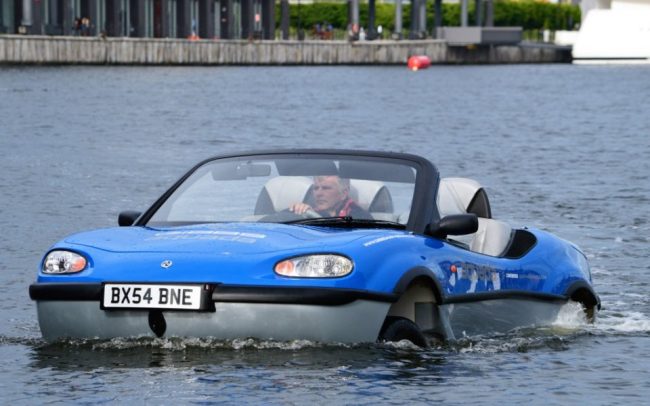 Gibbs is currently in discussions with one potential licensee to allow them to produce its largest vehicle, called the Humdinga. The company has also developed a sports car model, a quad bike and a 4×4.

“We are very excited to be in talks with a number of potential licensees worldwide, but particularly, businesses in the UK with a view to developing the first ever high speed amphibian river taxi which could truly revolutionise transport in London and, of course, other major river side cities,” said Neil Jenkins, chairman of Gibbs Technologies.

Last year Gibbs made headlines around the world when it unveiled its two-wheeled amphibious motorcycle which it calls the Biski.