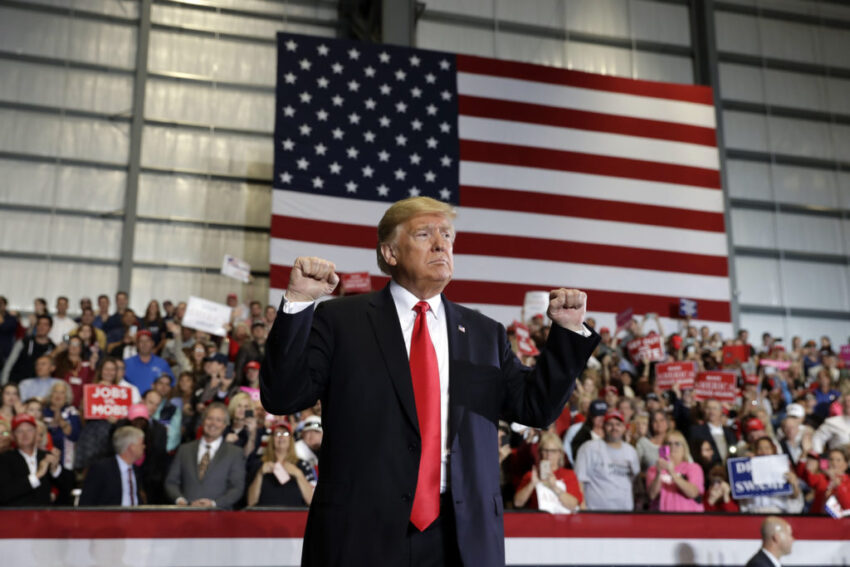 The FTSE 100 surged on Monday as traders kicked off December by celebrating a ceasefire in the US-China trade war.

Michael Hewson, analyst at CMC Markets UK, said: “European markets have had a decent start to the month, after an escalation to the US China trade dispute was deferred well into next year.

“Some have suggested that it is premature to get too carried away and in some respects that is correct, but for the here and now, and in the absence of anything else it is still a positive outcome, and could drive some strong gains in the weeks ahead.”

At the bottom of the index was GlaxoSmithKline, which was involved in two deals on Monday.

First, the drugs maker sold Horlicks and a clutch of other health drink brands in India to Unilever for 3.3 billion euros (£2.94 billion).

Later in the day, GSK announced it is to acquire oncology-focused US pharma business Tesaro for 5.1 billion US dollars (£4 billion).

On the FTSE 250, shares in travel firm Thomas Cook continued their slide as investors fret over its long-term prospects.

Traders appeared to be reacting to a note issued by Berenberg, which said Thomas Cook must raise £400 million to deal with its debt, cut its target price to 12p from 65p and cut its rating to sell from hold.

Last week, the group unveiled a loss after tax of £163 million, compared with a profit of £9 million this time last year.

McColl’s shares tanked after the convenience store operator warned over profits as it was stung by the collapse Palmer & Harvey.

The group said in a trading update that the failure of the supplier resulted in “significant supply chain disruption”, and that it is “continuing to experience a number of challenges”.

As a result, McColl’s now expects adjusted earnings for the full year to come in at around £35 million, down from a previous forecast of £44 million.

The pound, meanwhile, came under selling pressure as Brexit once again took its toll.

Mr Hewson added: “The pound has come under pressure, despite economic data that continues to show a UK economy that is outperforming the rest of Europe. Political concerns are once again acting as an anchor on sentiment as scepticism over whether Theresa May’s Brexit deal will get passed through Parliament next week.”