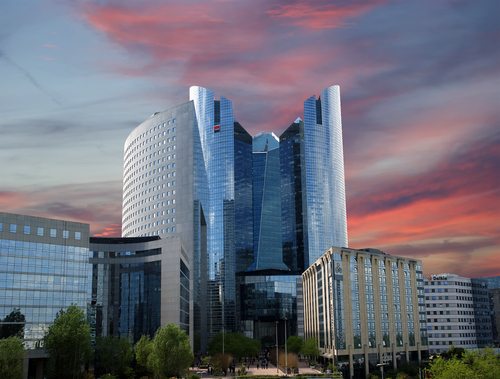 The rating agency said France’s long-term economic growth had been hit by its inflexible labour market and low levels of innovation eroding its competitiveness and industrial base.

Moody’s also flagged up the country’s exposure to the continuing eurozone crisis, reports The Telegraph.

It warned the “predictability” of France’s resilence of further shocks in the eurozone was diminishing while the country’s exposure to the highly indebted countries such as Spain and Greece was disproportionately high.

In a statement Moody’s said: “Further shocks to sovereign and bank credit markets would further undermine financial and economic stability in France as well as in other euro area countries.

“The impact of such shocks would be expected to be felt disproportionately by more highly indebted governments such as France.”

Fitch, itself a French company, is now the only major credit rating agency to maintain a AAA rating on French Government debt.

Although ratings downgrades have had little or not effect on the borrowing costs of countries such as USA, the French downgrade to Aa1 will not be welcomed by the French government.

Pierre Moscovici, France’s finance minister, blamed the economic management of past governments for the downgrade, and said that French debt remained among the most liquid in the eurozone.

“Moodys is now giving France the same rating as Standard & Poor’s, which has allowed us to live with low interest rates for many months,” he said.

Francois Hollande’s administration is current trying to push through changes in employment and corporate regulations designed to get the economy moving again.

While these were welcomed by Moody’s, the agency noted: “The track record of successive French governments in effecting such measures over the past two decades has been poor.”

The downgrade comes after French officials last week angrily rejected a charge by The Economist that France was the “time-bomb at the heart of Europe”, accusing the magazine of sensationalist journalism.

The Economist’s front cover showed seven loaves of “baguette” bread held together by a French tricolour with a lit fuse protruding from the centre.

Its main article raised concerns that President Francois Hollande’s economic reforms are not ambitious enough and so could jeopardise the future of the euro currency.

But France’s Industry Minister Arnaud Montebourg told Europe 1 radio: “Honestly, The Economist has never distinguished itself by its sense of even-handedness.”