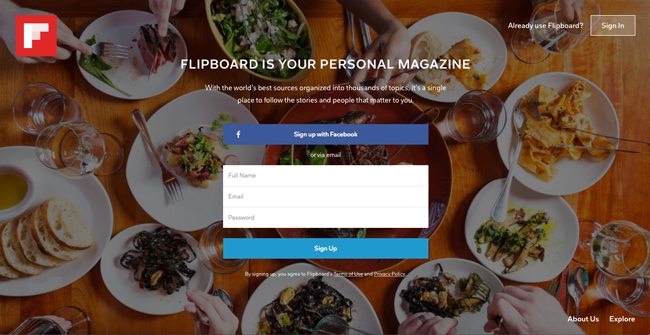 Anthony Noto, the chief financial officer of the social networking site, set tongues wagging last November when he accidentally tweeted “I still think we should buy them”, before deleting the message.
Lists of potential target companies were compiled, but few featured Flipboard, which collates content shared on social networks and presents them in the style of a magazine, reports The Times.

The Re/Code website reported that Twitter and Flipboard had been in discussions since the start of the year over an all-share deal that would value the smaller company at $1 billion. However, talks have cooled in recent weeks amid unsubstantiated reports that Flipboard’s rate of growth has slowed since a deal to pre-install the app on Samsung smartphones came to an end.

Mr Noto is said to be leading talks that, if they reach a successful completition, would be Twitter’s largest acquisition to date.

The micro-blogging website previously has snapped up companies in the advertising and analytics fields. It paid £25 million to buy TweetDeck, of Britain, in 2011. It acquired Periscope, the video-streaming platform, this year for an undisclosed sum.

A takeover could stoke rumours of a change at the top of Twitter, with Dick Costolo, the chief executive, under pressure following a share price crash after its last set of results. Flipboard is run by Mike McCue, a former Twitter board member, who is held in high regard in Silicon Valley. Re/Code said that a deal would anoint Mr McCue as the “heir apparent” at the larger company.

Flipboard was valued at $800 million in its last funding round, but has revenue of only $50 million.
Twitter stock slumped 18 per cent in April after its first-quarter results. The company lowered its revenue forecasts after a lower-than-expected 74 per cent rise in sales. Its first-quarter net loss of $162 million was $30 million higher than in the same period a year earlier.
The companies declined to comment.