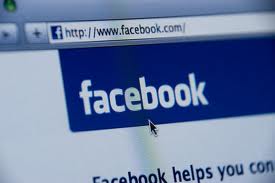 Facebook has lost more than 40 percent of its value since becoming on May 18 the first American company to debut with a value of more than $100 billion reports UK Reuters.

Investors have punished the stocks of the No. 1 social network and other consumer-focused Internet companies such as Zynga Inc, questioning their ability to sustain growth and maintain lofty valuations.

Last week, Facebook reported results but offered no outlook or forecast for the year, disappointing investors who had hoped for affirmation of its growth prospects.

Wall Street is also bracing for a potential deluge of hundreds of millions of shares after August 16, when Facebook employees can sell their company-awarded shares for the first time.

“It’s a combination of the Bernstein note, and partly complaints about the Facebook bot. Lockups are also causing pressure on shares today,” said analyst Herman Leung of Susquehanna Financial Group, which owns and is a market maker in Facebook shares.

“People are just wondering what the next update is, and there’s more headwinds than not. But the long-term story still feels intact.”

Facebook’s IPO was to have been the culmination of breakneck growth for the company that Mark Zuckerberg started 8 years ago in his Harvard dorm room. Instead, the May 18 Nasdaq debut was marred by trading glitches and accusations of inadequate disclosure.

UBS said orders for the stock had been entered multiple times due to a systems failure.