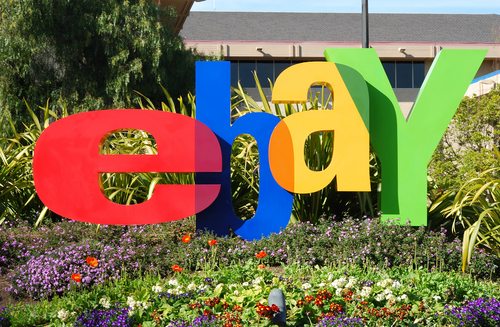 Jane Lloyd, who runs Saal Fabrics with her husband Simon, alleges that eBay blacklisted their business based on a controversial scoring system, despite them having a 99.7pc positive “feedback” score, reports The Telegraph.

Ms Lloyd says Saal Fabrics, which is based in Worcestershire, was selling around £12,500 worth of designer fabric a month on the e-commerce site when it had its account frozen based on eBay’s Detailed Seller Ratings (DSR) system. “We’ve gone from a £12,500 to £15,000-a-month turnover to jobseekers’ allowance. I can’t begin on the financial ruin a huge conglomerate can wreak.”

DSR, which tracks anonymous opinions from buyers, was introduced in 2008 and is separate from the public feedback scores that buyers leave on sellers’ pages on eBay. Shops on eBay are obliged to maintain a DSR score of at least 4.4. Some sellers claim the system is flawed and unfair.

While Saal Fabrics enjoyed consistently high public feedback scores from buyers, Ms Lloyd claims weaknesses in DSR led to a small number of reports that the company was slow to deliver. Just 13 of these out of 568 orders – or just over 2pc – were enough to see Saal have its account frozen, Ms Lloyd claims.

“Buyers purchase from us agreeing that delivery takes seven to nine days, but because a few anonymously said they would like three, we have our account frozen. It’s crazy. You hear eBay are paying [very little tax] in this country and we’re paying ours and we’ve been left with nothing, it’s incredibly unfair.”

The company, which had been trading on eBay for eight years, has been left nursing debts of £60,000. Mr Lloyd said he is considering legal action.

However, eBay insists all 13 of the orders in question took longer than nine days and that a small number of other complaints were also taken into account. A spokesman said: “We gave them a 90-day period to improve. eBay expects high standards of its sellers.

“If sellers’ DSRs fall below set levels, or they fail to deliver goods on time, they will receive advice via email or telephone. If there is still no improvement, their account may be restricted in order to protect buyers from a poor shopping experience.”

Ms Lloyd claims the company received very little advice other than to sell some items at a loss to “work the system” and insists that not all of the 13 items arrived later than the agreed delivery time.

Mr Lloyd added: “[Only] 13 individuals have left low DSR ratings for [delivery times] which has resulted in a business being closed and a livelihood lost. I detect a flaw in their policy which is damaging many sellers.”