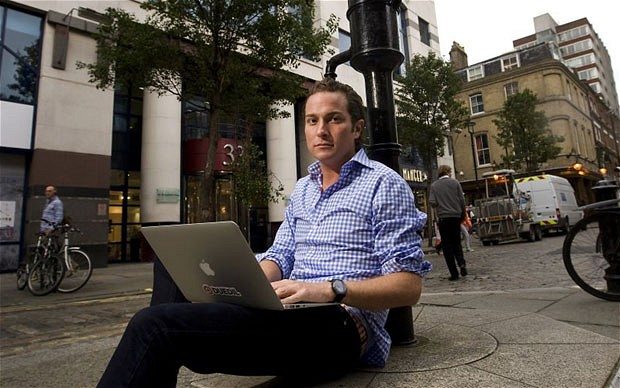 Soho is renowned for many things, but data science is not one of them. For those in the know, however, Broadwick Street is the birthplace of modern epidemiology, thanks to the pioneering work of Dr John Snow. In 1854, he identified the source of a cholera outbreak that was sweeping through the area by counting the deaths, mapping where they happened and linking them back to a polluted water pump on the street.

Following in Dr Snow’s footsteps is Broadwick Street-based Duedil, a business information start-up that also aims to collect publicly available data, interpret it and present it in a useful way.

Duedil (an abbreviation of due diligence) has built a system which allows users to search all of a company’s information, from its latest accounts to its shareholder structure and directors’ backgrounds. What makes it different from the Companies House website is that it is free, as well as being easier to use, and allows you to refine searches and compare businesses with their rivals, reports The Telegraph.

At present, every company in the UK and Ireland is on the Duedil system, but Damian Kimmelman, its chief executive, believes the site’s real usefulness is in shining a spotlight on privately-owned companies, which at the moment can avoid the scrutiny of their publicly-listed rivals.

Or rather, there’s “a lot of information…it’s just siloed within the businesses and within data providers”.

As well as Companies House, Duedil gathers data from a range of sources including HMRC, the Patent Office and magistrates’ courts.

But if you own a small or medium-sized company, why would you want your accounts and directors’ backgrounds made freely available to anyone searching online?

“The idea that transparency is bad for small businesses is phoney – it’s really good,” says Mr Kimmelman. “When you’re assessing risk, all the information you want is directly or indirectly related to two things – the business and the people running the business.

He says Duedil is aimed at anyone from currency traders looking for clients who may need to hedge foreign exchange exposure, to a small manufacturer who wants to check the track record of the owners of a new rival.

The site has been live for 18 months, but the company is not yet making money because its focus has been on developing the data-gathering and analytics technology the whole business is based on.

That’s a continuous process, with 90pc of the company’s 16 staff working on the technology side. Duedil is working on providing data it can charge for, as well as the free service.

As a result, fund-raising is at the top of Mr Kimmelman’s priorities.

Duedil has already raised more than £1.5m from investors including Sherry Coutu, an adviser to LinkedIn, and Jonty Hurwitz, one of the founders of Wonga.

Mr Kimmelman is the biggest shareholder with an 84.9pc stake – information that’s freely available on Duedil of course – and venture firm Passion Capital has 10pc.

The next stage is securing a bigger venture capital investment, and Mr Kimmelman says the company has approached a range of potential investors in both Europe and the US, and started discussions in the last two weeks.

While he won’t say what size of stake Duedil is looking to sell or how much it wants to raise – “I quite like to speak openly about these things, but not everyone is comfortable with it” – Mr Kimmelman says most companies at this stage give up about a 20pc stake to a venture capital investor.

“That’s extremely expensive money,” he admits. However there are two good reasons for going down this route. The first is to get someone experienced in the sector on board. “We’re looking for venture capitalists with added value,” says Mr Kimmelman. “People who really understand data and analytics, and who really understand the markets we’re talking about.”

He also says there aren’t too many other options. “You could go down the crowd-funding route but for the amount we’re raising that’s not really an option,” he says. “You could try the bank financing route but you’ll have problems with the way they assess risk.”

Making more information on small companies easily and freely available, as Duedil aims to do, will make it easier for banks to assess the risk in lending to them, Mr Kimmelman says.

Despite only turning 30 last week, Mr Kimmelman is a serial entrepreneur. In the spirit of transparency, he says he made a lot of money buying and selling properties while he was a student at St Andrews, but that his last venture, a digital agency, was unsuccessful and he liquidated it. “You can see that if you look me up on Duedil,” he says.

He is not concerned that past failure will put off future investors. “It shows I have experience,” he says. “As long as you’re honest about it, even if you’ve messed up, that’s what people want to see. It also depends on the way you went about it – if you did something disreputable that’s different.

“All the famous names have failures in their past, and any venture capitalist… will have 30 to 40 closed businesses to their name.”