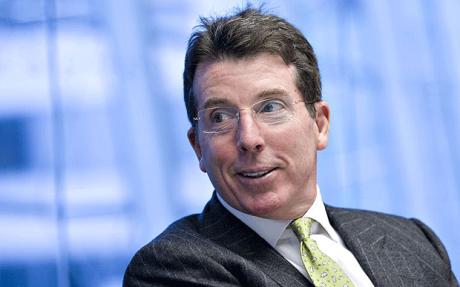 The former chief executive said he had also believed at the time that Sir Mervyn King, the Bank of England governor, did not have the power to push him out.

“My first reaction, which is still my reaction today, is, ‘he doesn’t have the authority to do that’,” he told The New York Times in an interview.

“I think that the anger against banks and bankers, particularly in the UK, was deeper than I realised,” Mr Diamond said.

The US-born banker had been credited with turning Barclays into a global investment banking powerhouse since he joined the lender in 1996.

But his brash style, large pay packages and a series of scandals at Barclays drew the ire of the political and regulatory establishment during the financial crisis years. This culminated in a storm of anger against him after Barclays paid a £290m fine last year for the manipulation of Libor.

The scandal prompted a management shake-out in the past 10 months that saw almost all of Mr Diamond’s former lieutenants in the bank’s top ranks leave.

Mr Diamond said that before the scandal broke he did not know how Libor was set or who at Barclays had submitted the rate every day.

The banker, who moved back to New York last year, did not distance himself from his statement two years ago that “the period of remorse and apology for banks” should be over.
Those comments, during a parliamentary hearing, sparked public outrage and stirred his acrimonious relationship with the political elite in Britain.

Mr Diamond, who took home a pay package of £25m in the year before he left, said he was never motivated by money.

“This is going to sound arrogant as hell,” he said, “but I never did anything for money. I never set money as a goal. It was a result.”

He added that the “only car I own, honestly, is an 11-year-old Jeep on Nantucket”.

Mr Diamond lives in a $37m New York penthouse in Central Park West with the singer Sting and Lloyd Blankfein, the Goldman Sachs chief executive, as neighbours, according to people close to him.

Mr Diamond bought the apartment under the name of Novgorod, in an attempt to suggest that a Russian oligarch bought it.

Friends say the 61-year-old is plotting a comeback with his own merchant bank.

Both the BoE and the now defunct Financial Services Authority insisted last year that they had the right to express concerns to the board of Barclays and that the meeting in July was not the first time regulators had raised concerns with the board.