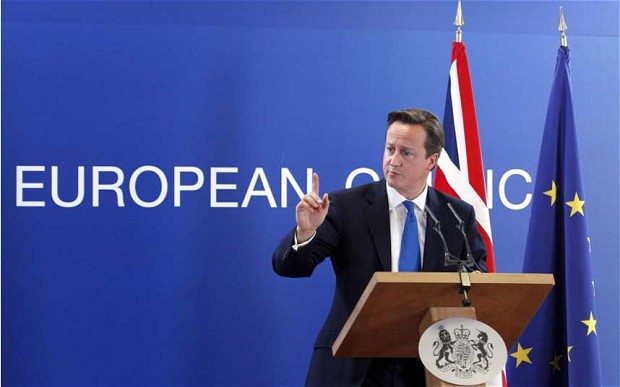 The Prime Minister renewed a threat to veto any real increase in the EU budget, despite warnings that his approach is alienating Germany’s Angela Merkel, reports The Telegraph.

EU leaders are negotiating a budget for the EU from 2014 until 2020. The European Commission has asked for a higher budget that would cost Britain an extra £10 billion over seven years.

In December 2010, Mr Cameron was a signatory to a letter saying that the EU budget should rise by “no more than inflation”.

He told MPs that he stands by that call, threatening to block any budget deal that sees EU spending rise in real terms.

“Best to set out your position and stick to it, knowing that you have a veto if you need to use it,” he said.

Since that letter was signed, he said, the case for a budget freeze has been bolstered.
He said: “If anything, the debt situation, the deficit situation, has got worse, so the pressure to deliver a sensible settlement on the budget has increased, so that is why we will be sticking to our guns.”

Mr Cameron’s approach to the EU budget has pleased Conservative MPs but irritated some other EU leaders.

Reports from Berlin suggest Mrs Merkel, the Chancellor, is prepared to call off a planned EU summit to discuss the budget unless Mr Cameron changes his tone.

German officials downplayed that threat, but made clear that Mr Cameron’s stance is not popular in Berlin. One senior German official told the Reuters news agency there is “a growing feeling among European partners and also in Berlin that Britain is less interested in any new form of cooperation.”

Speaking in the House of Commons, Mr Cameron insisted that he will not change his position on the budget, and hinted that Mrs Merkel should do more to support him.

He said: “I have not put in place tough settlements in Britain in order to go to Brussels and sign up to big increases in European spending. I don’t believe that German voters want that any more than British voters.”

He also indicated that he was willing to see November’s talks fail or be scrapped. Asked about Mrs Merkel’s reported threat, he replied: “So be it.”

Mr Cameron also suggested he was willing to see the budget talks drag on into next year and even into 2014 if necessary. “It doesn’t have to be done in November,” he said.