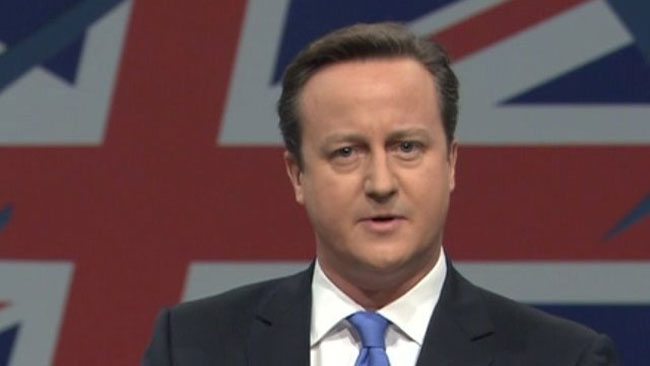 The Prime Minister is expected to announce his ‘red line’ plans for immigration in a speech designed to win back voters from Ukip as pressure mounts on the Government to reconsider Britain’s position in the EU.

As part of the measures, a cap would be placed on the number of National Insurance numbers given out to foreigners coming to work in the UK.

Any that are given out will be monitored and given a time limit, the Sunday Times reports.

The plans will form part of the Government’s negotiation strategy for Britain’s future in the EU ahead of a 2017 referendum, sources said.

A senior Whitehall source told the newspaper: ‘The latest thinking in No 10 is that you would have an annual cap on the national insurance numbers issued to long-term low-skilled European migrants.

‘There would be a quota system to have time-limited national insurance numbers. The prime minister is now in the place where he wants to reduce the numbers coming in, not just the pull factors.’

Pressure has mounted on the Government to promise an ‘in-out’ vote on whether voters wish to remain part of the union, with Ukip leader Nigel Farage urging the Cabinet to commit to hearing voters’ views on the subject.