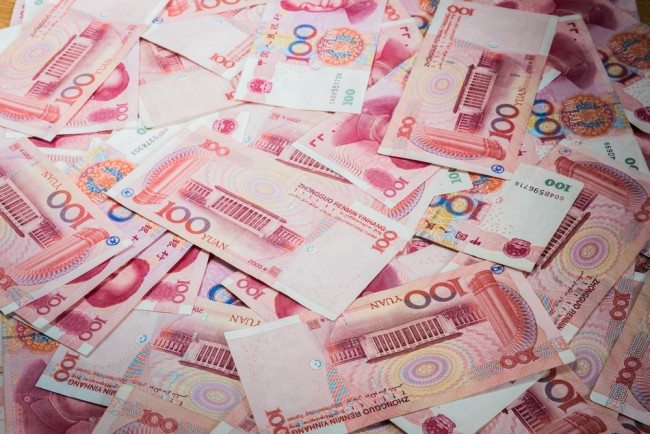 Currencies, including the Malaysian ringgit and Indonesian rupiah, fell to 17-year lows, according to The Times.

Other emerging market currencies such as the Turkish lira, South African rand and Russian rouble, fell for unrelated reasons.

However, the Chinese yuan strengthened slightly against the US dollar after a week when it weakened by 4 per cent, sending tremors through financial markets. It closed at 6.3937 to the dollar, up 0.05 per cent.

Asian currencies have suffered some of their worst falls in more than a decade as fears of an interest rate rise by the US Federal Reserve, and a slowdown in China’s growth, led to expectations of more investors pulling their money out of emerging market equity and bond funds.

The devaluation of the yuan causes problems for regional exporters that compete with China or send goods there. Exports to China are now more expensive, while Chinese goods look better value in markets where it competes with rivals.

“This is a proper emerging market forex trade-weighted sell-off,” Manik Narain, of UBS in London, said.

He added that with many investors also having hedged their local currency bond positions with now loss-making bets on euro falls, there was a growing threat that those bonds would soon have to be sold to minimise losses.

In a sign of the deteriorating sentiment, the costs of insuring Turkish, South African and Russian government bonds against default reached their highest in almost seventeen, eight and six months respectively.

The Malaysian ringgit was down by 0.6 per cent against the dollar at 4.1020, having hit its lowest level since August 1998 at R4.15. The rupiah in Indonesia was at its weakest level in 17 years and the Thai bhat closed down 0.7 per cent, its lowest point in nearly six years.

In Turkey, the lira slid to as weak as 2.8613 per dollar, an all-time low, before trading at 2.8935. It has been weakened by the failure to form a coalition government and conflict with the Kurds.

The decline in oil prices also helped push the Russian rouble down by 0.6 per cent to 65.38 against the dollar.