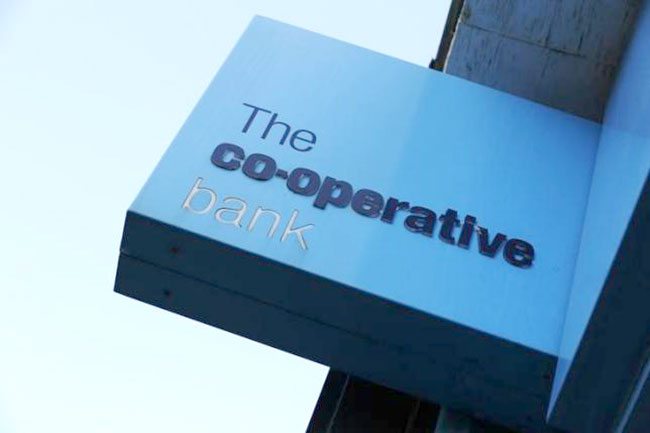 It said it had received a “number of non-binding proposals from strategic and financial parties” since it put itself up for sale in February and the bank’s board was now to hold further discussions with several of the interested bidders, City AM reports.

The bank said the Prudential Regulation Authority had “welcomed the actions being taken”, but added there is no certainty of any final moves yet.

It has also been speaking to firms about raising funds in case the sale does not go through.

Various names have been linked with the bank, including Virgin Money, Clydesdale and Yorkshire Banking Group (CYBG) and private equity firms. Other banks have already stated they have little interest in being Co-op Bank’s new owner, including Secure Trust Bank and TSB owner Sabadell.

It comes after the bank’s parent group the Co-operative Group posted its first annual loss since 2013, falling into the red by as it wrote off the value of its stake in the Co-op Bank.

Some analysts have said the bank could be ripe to be split up.

John Cronin at Goodbody, said: “My view is that Co-op Bank is much more likely to be split up rather than sold to a single bidder.

“I think Clydesdale Yorkshire Bank and Virgin Money will be the most interested trade buyers by far, given their thirst for funding and liquidity, and growth. Parts of the Co-op Bank would be highly attractive to them – in terms of the small business deposits and the retail deposits from both a funding, and, importantly, a liquidity ratio perspective – and certain unencumbered performing loan assets to get balance sheet growth.”