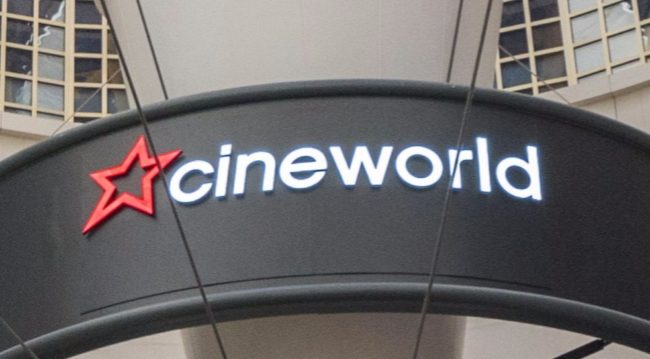 Cineworld has agreed to meet union representatives to try to resolve a long-running dispute over pay and conditions at its Picturehouse chain, reports The Guardian.

Staff at the Ritzy in Brixton and five other Picturehouse cinemas have gone on strike in recent months, disrupting the London film festival in October, in their battle to secure the independently calculated living wage and better sick pay for workers. More strikes are planned, including one at the East Dulwich Picturehouse on 27 May.

Bloom said the company – one of the biggest cinema operators in Europe with 226 cinemas, half of which are in the UK – would be happy to meet with representatives of the Bectu union as long as both sides acted in “good faith”.

Natalie Parsons, a shareholder who works for the Ritzy, said: “Every time the Ritzy is closed on a Saturday, the company loses £20,000, and five other cinemas are now participating in industrial action. Would it not make financial sense to meet with staff as soon as possible to reach a resolution on this dispute?”

Edward Bauer, who works at the Hackney Picturehouse, which has also staged strikes, added: “I’m paid £9.05 per hour for nine hours. I can’t live on popcorn and free cinema tickets. It’s a struggle. We genuinely believe that staff in London and elsewhere deserve the security of having wages pegged to the cost of living.”

Bloom said the board was “proud of our employment practices everywhere” and defended the Picturehouse pay rates, claiming they were the highest in the industry, at £9.05 an hour in London (Ritzy staff are paid £9.10 an hour) and £8.18 outside the capital. Including paid half-hour breaks, this amounted to £9.65 – “within inches” of the London living wage, Bloom said – and to £8.72 outside London.

The living wage calculated by the Living Wage Foundation stands at £9.75 an hour in London, and £8.45 outside the capital.

Bloom expressed concern about the company becoming a living wage accredited organisation, like its rival Curzon. “If we agree to the living wage and it rises to £15 next year we’ll be bound to follow that,” he said.

Last autumn the Curzon chain agreed to pay all staff, including agency workers, the living wage. However, Cineworld’s other main rival, Odeon, pays the minimum wage of £7.50 an hour. A spokesperson for Cineworld said all its staff were paid above the statutory rates but did not disclose the rates for Cineworld workers.

Until now the company has negotiated pay deals with its staff forum, which it says represents the majority of Picturehouse staff, and refused to meet with Bectu. But some staff have rejected the forum, saying it was set up and funded by Picturehouse. Bectu initially only represented 50 workers at the Ritzy but the number has grown to more than 300 members at other cinemas, who have been involved in strikes.

Other issues brought up by workers include zero-hours contracts, sick pay and maternity pay. Ben Lennon, who works for the East Dulwich Picturehouse, told the AGM: “It’s very difficult to pay rent in London on a zero-hours contract. I pay rent and I don’t have much left after that.”

About 70 per cent of Cineworld’s front-of-house staff in the UK – 3,750 including 700 at Picturehouse – are on zero-hours contracts. The company said staff could choose whether they want to be on a zero-hours contract and that it suited certain people such as students.

The shareholder group ShareAction said it was supporting staff in their battle for better pay. The campaign has also received backing from Sir Ian McKellen, Ken Loach and others in the film industry.

A trading update published before the AGM showed Cineworld enjoyed revenue growth of 21.3 per cent for the period from 1 January to 11 May, with cinemagoers flocking to their screens to see Beauty and the Beast, La La Land and The Lego Batman Movie.