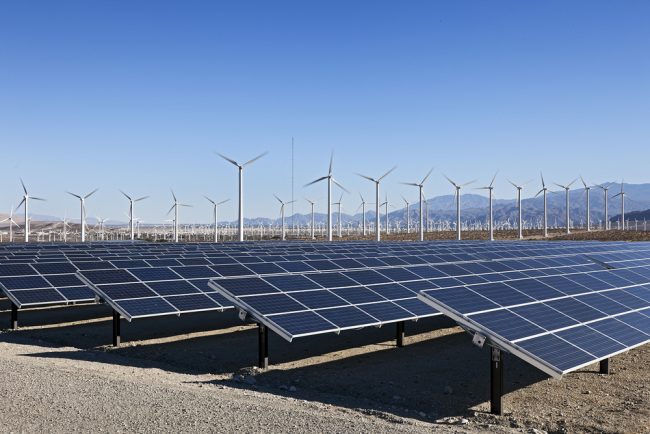 The prospect of a ‘golden age’ of cheap and green energy is being put at risk by constant Government tinkering that is driving away investors, the industry has warned reports the Independent.

In an interview with The Independent, Lawrence Slade, the chief executive of Energy UK, highlighted 10 different changes over the past year or so that he said were undermining confidence in the sector.

He urged the new Business Secretary, Greg Clark, to put an end to the repeated and sometimes sudden alterations and develop a long-term plan that would let investors know what kind of return they could expect on their money.

Failure to do that, Mr Slade said, would see them go elsewhere and that could lead to higher prices for consumers and hamper Britain’s ability to meet targets to reduce greenhouse gas emissions.

The Renewable Energy Association (REA), the other main industry body, said it had a list of 15 “negative” changes made recently by the Government.

The renewable energy sector has been particularly hard hit with the UK dropping out of the top 10 best countries to invest in green energy. The US was first on the latest Renewable Energy Country Attractiveness Index, followed by China, India and Germany with Britain in 11th behind Chile.

Earlier this year the Commons Energy and Climate Change Select Committee said “sudden and numerous policy announcements” had damaged the UK’s reputation as a “stable and predictable” place to do business, and noted that investment had “collapsed” in some countries.

This warning appears not to have been heeded.

Mr Slade decided to speak out after the Government cut a renewable energy subsidy this summer – potentially affecting £140m of investment – with just six weeks’ notice.

“We have seen quite a lot of changes since the current Government came into power an awful long time ago – in May last year,” he said.

“All of this makes investors question just how secure their investment is and make them look at other markets. We’ve got this background and then Brexit comes along, which just casts another set of uncertainty into the equation.

“We need that long-term clear plan [from the Government], so that people can actually plan, invest and see a return, and we get a steady build-up of lower carbon technology.”

He doubted the lights would go off, but warned consumers might face higher bills. “We might throw money at it to make sure we keep things going,” he said.

Energy UK, which represents Britain’s largest energy companies, provided a list of recent changes made by the Government.

These included: changes to planning law to allow new windfarms to be blocked; the cancellation of a £1bn competition to design an effective carbon-capture-and-storage system; the phasing out of “unabated coal” by 2025; and the removal of the exemption from the climate change levy for renewable generators.

The postponement of the second round of allocations of new energy contracts; Renewables Obligation support for photovoltaic solar panels and onshore wind closed early; cuts affecting most technologies under the feed-in tarrif; the ongoing review of the embedded charging benefits; and a cut affecting biomass conversion projects were also highlighted by the industry body.

There is also fresh doubt over whether the UK will commission a new nuclear power plant at Hinkley Point in Somerset.

All these changes have detracted from efforts to create a revolutionary new energy system, Mr Slade suggested.

Mr Slade compared this transition to the opening of the UK’s first coal-fired power station by Thomas Edison in 1882 at Holborn Viaduct in London.

“We are on the cusp of a golden age in terms of what we can achieve,” he said.

“This year is the first year we have had days where there has been zero coal in the system and it’s happening again and again.

“We are regularly seeing days where solar is producing 10 per cent of our energy or more. We are going through another change in how we generate electricity, how we use electricity and how we manage electricity.

“What we need is that encouragement from Government so we can get going because time isn’t on our side.

James Court, the REA’s head of policy, said they had a list of 15 “negative policy changes”, some of which “we can understand” while others had “come out of the blue”.

“We need to see more settled energy policy,” he said.

“It is unsurprising it is a more difficult environment to find investment, but it is still a sector that is active and looking.”

There is a pressing need to replace older power stations in the UK. In May, the National Grid was forced to issue an urgent call for moth-balled generators to be turned on after a series of breakdowns helped reduce the gap between supply and demand to a perilously low level.  It had to pay the staggering price of £1,250 per megawatt-hour of electricity to one generator.

Professor Catherine Mitchell, an expert on energy policy at Exeter University, said a common complaint by large energy companies was that there had been too many policy changes but “that is often because they do not want the new policies”.

“Nobody likes to have chopping and changing of policies but if you have a bad policy in place, people actually prefer you to put in place a sensible policy,” she said.

However the Government’s recent steps, she said, were “an example of sensible policies which were chopped and that will affect investor confidence and could mean higher prices and more emissions”.

“They have made lots of changes … and there are also things they have put in place, like the Green Deal to do with energy efficiency, which did not work and which absolutely everyone told them wouldn’t work and lost us millions of pounds,” Professor Mitchell added.

The Department of Business, Energy and Industrial Strategy said in a statement that it believed it was encouraging investors.

“We’re dedicated to reducing emissions and moving to low-carbon energy, through creating the right environment for businesses,” it said.

“We’ve given industry confidence by committing to £730m of renewables support funding in this Parliament to invest in secure, clean and affordable energy.”

It pointed out that one firm, MGT Power, had recently announced the go-ahead of a new £650m biomass combined heat and power plant on Teesside