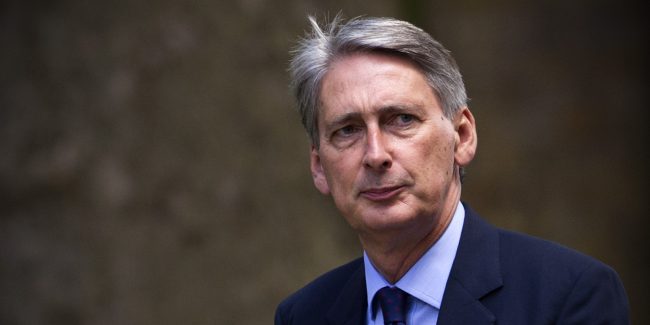 At the start of a trip to China to strengthen post-Brexit business ties, Philip Hammond said he would review economic data over the coming months, reports The BBC.

He added that the Treasury will act “if we deem it necessary to do so”.

Before becoming Prime Minister, Theresa May had said that the government would no longer seek to reach a surplus by 2020.

Mr Hammond said on Friday: “Over the medium term we will have the opportunity with our Autumn Statement, our regular late year fiscal event, to reset fiscal policy if we deem it necessary to do so in the light of the data that will emerge over the coming months.”

This week new data showed that public borrowing was lower than expected in June, but it is still expected to overshoot the government’s £55.5bn full-year borrowing forecast by £14bn.

Mr Hammond is attending his first meeting as chancellor with the G20 finance ministers which is taking place in Chengdu. He will also visit Beijing and Hong Kong.

He declared that Britain was “open for business” and was “one of the most attractive destinations in the world for international investment”.

Before Britain voted to leave the EU, China’s Finance Minister Lou Jiwei said the consequences were unclear, but that they would be felt for years to come.

Mr Lou said Brexit would “cast a shadow over the global economy” and that the “repercussions and fallout” would emerge over the next five to 10 years.