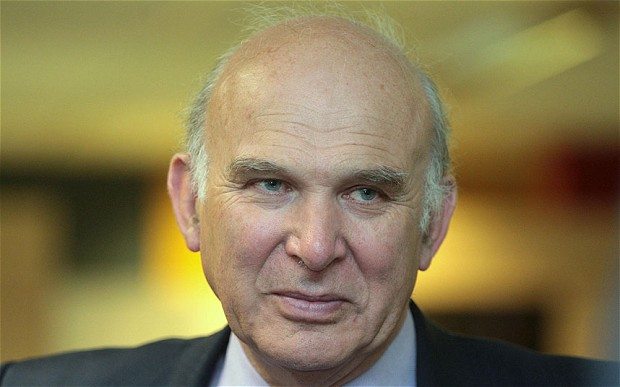 The Business Secretary called for “more open-minded thinking” at the central bank and for urgent discussions over how the Funding for Lending Scheme (FLS) can be changed, reports The Telegraph.

Mr Cable said he has written to Paul Tucker, the deputy governor of the Bank of England, asking for the FLS to be “adapted to deal with the needs of SMEs”.

The emergency scheme was launched last July in an attempt to reduce lending costs for households and businesses, and in turn, increase the flow of credit.

Banks are given access to low-cost funding on the condition they maintain or increase net lending. While the initiative has boosted mortgages, Mr Cable is concerned there are few signs it is helping small businesses.
“It’s quite a tricky technical issue and I have written to the deputy governor of the Bank of England to seek a meeting to see how we can address that, if we can,” he said.

Mr Cable is concerned that banks are seeing mortgages and large corporate loans as a “safe bet” when lending through FLS, leaving small firms continuing to struggle to access credit.

He wants the Bank to investigate whether its criteria for the scheme are wide enough and called for more “creative” thinking to improve the flow of funds to small companies. He urged it to consider buying bundles of corporate loans, and not just government bonds, which he said could help revive lending to companies.

“The Governor has taken the view that anything other than rock-solid gilts are not appropriate to have as part of the balance sheet of the Bank of England,” he said.

“I understand where he is coming from but that’s quite a rigorous — some critics might say rigid — view. More open-minded thinking about that would be helpful.”

The Business Secretary said “many people are looking forward to the advent” of Mark Carney, who takes over as Bank of England Governor in June, “for possibly injecting some creativity into this currently log-jammed discussion”.

Mr Cable, speaking after delivering a speech at a conference at the University of Warwick, noted that any changes must comply with EU state aid rules.