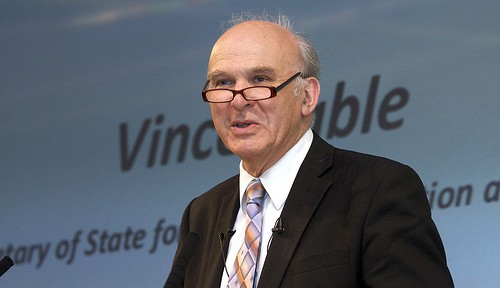 Secretary of State for Business, Vince Cable said: “The NAO’s report recognises that the Regional Growth Fund is working.

“It shows that the RGF is set to create and protect 328,000 jobs for people in communities that need the most support and help companies grow. It shows that our processes are robust, competitive and un-biased. It shows that we chose to support the highest quality bids offering best value for money.

“We have already put in place some of the NAO’s recommendations such as making more administrative resources available, which means projects are being processed even faster. Round three will create thousands more jobs, and businesses have until June 13 to submit their bids.”

“The report clearly states that 328,000 jobs will be created or safeguarded by companies like Bentley, Bridon and Haribo. RGF awards are conditional on these employment benefits being delivered.”

The third round of the fund is now open to bids with a further £1 billion available to businesses creating jobs in areas that have been over-reliant on the public sector.

In the first two rounds of the fund £1.4 billion was conditionally allocated to 176 bids across the country which will create and protect around 328,000 jobs. Nine of these projects have now withdrawn their bids from the fund.

The process the projects go through once they have a conditional offer allows businesses to assess whether being involved in the fund is right for them. It also then ensures that the Government is using taxpayer money to best effect.

The 70 projects across rounds one and two confirmed as having received a final offer of support have started accessing around £540 million of funding to create and support more than 70,000 jobs. A further 10 bids have just signed final offer letters and details of these will be available shortly.