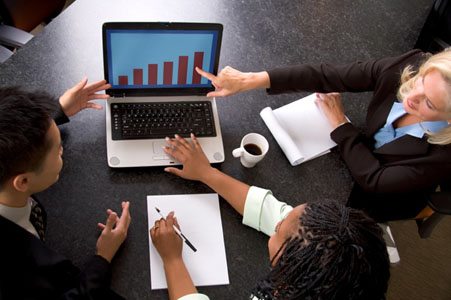 Optimism among UK businesses has hit a 20-year low, reports The Guardian.

BDO’s Optimism Index, which predicts business performance two quarters ahead, fell to 89.1 in August from 93.1 in July.

This is the sixth consecutive month that the data has registered a drop, with a four-point plunge from 93.1 in July.

Meanwhile, there was some cheer from the latest Lloyds TSB Regional Purchasing Managers’ Index, which showed higher levels of business activity in all of the English regions except the north-east during August.

The mixed picture comes as economists debate whether the economy will emerge from the longest double-dip recession since the 1950s.

BDO’s Output Index – which predicts short-run turnover expectations – also fell sharply, from to 90.8 in August from 93.9 in July, reaching its lowest point for 40 months.

“The government’s efforts to cut current spending may not be working out quite as planned, though we believe that the strategy in essence remains correct.”

However, the Lloyds TSB Regional Purchasing Managers’ Index increased to 52.7 in August, up from 49.5 in July, indicating a solid expansion of output across the English regions as a whole, with the pace of growth the fastest for five months.

London led the way in August, posting solid business output growth that was the strongest since March.

The capital was closely followed by Yorkshire & Humber, where business activity bounced back strongly after a decline seen in the previous month.

But the north-east lagged behind the other English regions, with a marked drop in manufacturing production contributing to a sixth successive monthly reduction in regional output.

David Oldfield, managing director, commercial, at Lloyds Banking Group, said: “The English regions saw a widespread rebound in business activity during August, which will raise hopes that last month’s decline will prove the exception rather than the rule for the latter half of the year.”

The economy shrank by 0.5% between April and June, following two quarters of declines, making the current double-dip recession the worst since the 50s.

Many economists have predicted the economy to rebound to growth in the third quarter, between July and September, as companies make up for the loss of activity around the Queen’s diamond jubilee, while the Olympics is also expected to provide a small net boost.